Since Riverdale is taking a week off and I have a space in my blog schedule, I thought it was about time I indulged in another round of TV Characters I Would Fight (and certainly win against, because how could they possibly inflict any hurt on their favourite blogger?). Without further ado, let’s talk about the characters I would kick the crap out of given the chance!

Yes, there are many worse people in Big Little Lies than Nathan, but my God, could he do with a swift kick to the bollocks to get him off his shite. Pretentious, smug, and without even the charm to make any of that stick, Nathan is image-conscious and faux-progressive enough that he would hate being beaten up by a girl but also wouldn’t fight back, thus making him the perfect first choice for a thrashing. What is Zoe Kravitz thinking when I’m right here and willing?!

As I passionately expressed in my review of the last season of Stranger Things, Byers Senior can frankly go rot in a hole. I hated him in the first season too, but at least the show didn’t let him win the heart of his leading lady that time around. This time, despite being an abject little creep who snuck around snapping pictures of his crush in her knickers without her consent, Johnathan ends up winning his fair maiden’s heart. And does it all while strutting about with hair so greasy you could run a fucking chippy out of what you wrung out of it. 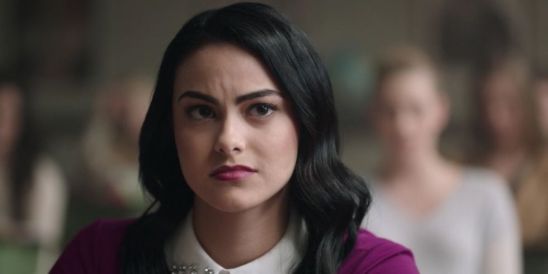 Look, I love Riverdale and all, but man, Veronica is a dead weight on that show. She spent the first series unable to butter toast without accusing her incarcerated father of lying to her about it, and generally got her rich-girl-slums-it stink all over the (less than) innocent denizens of the titular town.  Yeah, some people in Riverdale commit violent murder, but she dared taunt me with the even worse crime of being pretty annoying and extremely boring. She’s seen some improvement in recent episodes, but damn, Veronica of the initial run of Riverdale would likely benefit from a stilleto heel to the Achilles tendon.

Yeah, sure, you can try and argue that Xander is actually a really clever deconstruction of the Nice Guy trope in teen drama until you’re blue in the stake – I’m never going to believe it. Xander basically wanders around the Buffyverse whining about his dick continues to go unsucked by the women of his choice, and never seems to make the connection that his relentless petulance and slut-shaming of women who dare have contact with men other than him might have something to do with that. Xander is punishingly annoying, and, between him and Angel, managed to make maniacal murderer Spike seem like the best romantic prospect in this show.

Maybe I’ve just had it on my mind since it’s the anniversary of the first release of Doctor Who this very day, but damn, I’ve been thinking a lot of late about just how much I hate Capaldi’s Doctor and I realized halfway through writing this that he needs to be the heck on this list too. Compassionless, cliche, and often callous, I would really be attacking him with the many criticisms I have of his characterization in the last season of Doctor Who. And my fists, of course. Mostly my fists. See what your sonic sunglasses can do about that, you little shit.