I said last week in my Riverdale review that the show taking on a rape plot was pretty much the best and worst idea that it’s ever had; because a show like Riverdale doesn’t feel like it has the dramatic weight to take on a story with that real-world significance, but at the same time, it’s divorcing from reality allows it to explore a deeply satisfying violent revenge plot that I have to admit is seriously working for me. 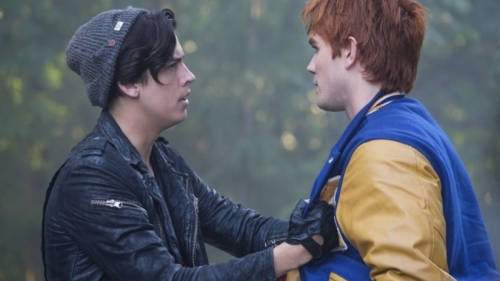 I didn’t even notice Jughead was wearing driving gloves in this scene and somehow it’s offending me deeply.

But, aside from sexual assault, what else is going on in Riverdale this week? The throughline for this week’s outing, Death Proof, revolved around women taking back control of their respective situations, for better or worse. The Mayor wages ill-advised class warfare against the Southside after discovering her daughter took jingle-jangle (how many episodes will it be till I stop finding that laugh-out-loud hysterical every time?), Cheryl demands the truth from her mother regarding aspects of her childhood and resolves to take revenge on the man who tried to rape her, and Betty turns the tables on the Black Hood in the show’s most compelling plot to date. 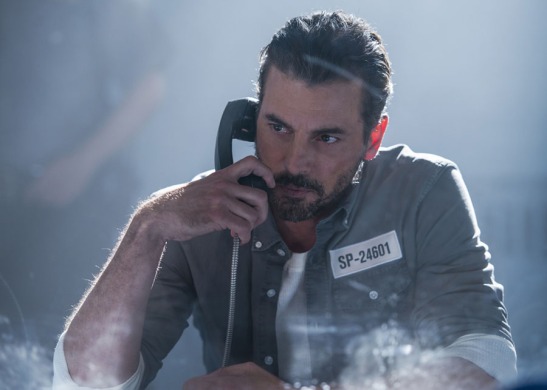 A nice flavorful Skeet scene for the desperate swooning fangirls amongst us this week, too.

I mean, it’s not all good: Archie and Jughead sort of kick around in this episode, trying to form an alliance between the Serpents and the Ghoulies (worth noting: where I’m from, the term “goolies” is a reference to a pair of nards, which only enhances the name of that gang) and then engaging in an illegal street race to divide their territory, or not, or something – I actually think the class warfare story is an interesting one, but the intricacies of Southside politics is both a little too serious to be fun and a little too fun to be serious, the tone jarring. Elsewhere, Toni Topaz is bisexual (maybe, or pan, the show doesn’t put a label on it), and comes out in perhaps the most jarringly bizarre way I’ve ever seen in pop culture yet: look, I’m bisexual and often whine irritatingly about how poor bi representation is on TV, but this is about as inelegant as it comes, Toni all but hastily yelling “UH I FANCY GIRLS TOO YOU KNOW” at the end of a shared scene with Jughead. It’s baffling. And bad. I appreciate the attempts at inclusiveness, but there were so many more elegant ways to introduce this aspect of Toni. 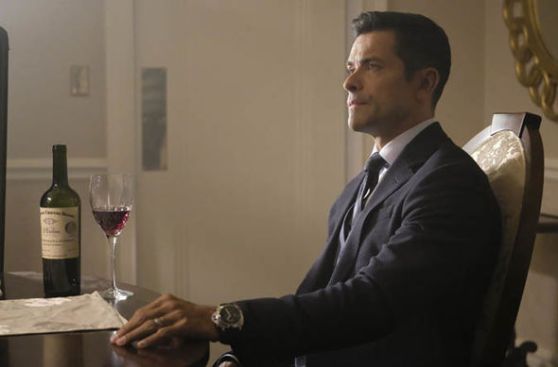 But anyway, back to the good stuff: this is a fantastic episode for Riverdale’s female teen cast, especially Madeleine Petsch as Cheryl – I was complaining last week that they seemed to be reluctant to delve into the trauma of the last few months in Cheryl’s life, but here we get a whole plot dedicated to it, as Cheryl confronts her mother about attempting to hush up her attempted rape and other secrets she’s hidden from her over the years. They balance the seriousness with some excellently goofy scenes to keep Cheryl firmly in the “characters I still go “aw, yis” and fistpump over every time they come on screen” category, but with a little more depth this time. Earlier in the season, the show benefited from an episode where they delved into Kevin and gave him a little more depth, and I really hope they continue to do so with both Cheryl and Keller the Younger. 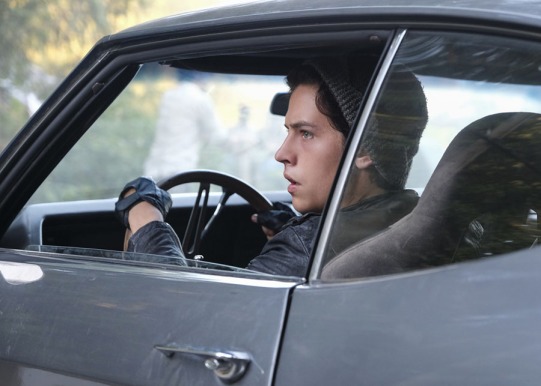 Betty is badass as hell in this episode, taunting the Black Hood over the phone as she begins to reject his rules and make up her own – Lili Reinhart is gleefully unsettling here, playing games with a murderer and loving every second of it, and I just can’t get enough. The “good girl gone bad” plot is a staple in a show like Riverdale, but Betty was never a good girl and this isn’t her going bad – she’s an exposed nerve hiding behind a pastel sweater, driven by her idiosyncratic ideas of morality. There’s nothing more to say about this plot than that I fucking love it, and if there’s anything that could get an outsider into an inescapably odd show like Riverdale, it’s this one. 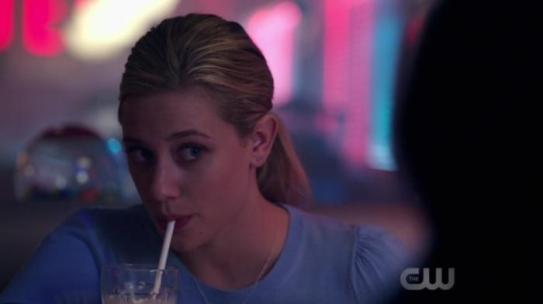 Lili Reinhart is KILLING it this season, cannot overstate.

Veronica is even getting a little more bearable with time, as she takes up the mantle of destroying Cheryl’s would-be rapist; her claiming of control comes in admitting to her parents that Cheryl’s attacker attempted to do the same thing to her, and allowing them to wreak the violent revenge they deem neccesary; as I said above, the way this rape plot is being handled isn’t realistic because, you know, the rapist is actually getting their comeuppance, but in the current climate it’s good to know that this asshole is going to suffer. I fully support him getting set on fire in a messy public execution by the end of the season, and knowing this show, it isn’t out of the question.

So, this week continues a strong run for the show – I don’t think I’d ever be confident saying that Riverdale was on a roll, because even at it’s best it’s too damn patchy for that, but this week showed a cohesiveness of intent and thematic elements that kept it just about on the rails. Or maybe it’s just Cheryl and her dope wardrobe that’s keeping me interested. Only time will tell!

If you enjoyed this recap and want to see more stuff like it, please consider supporting me on Patreon!