As well as maintaining this mighty blog, I also write LGBT erotica and romance under the pen name Kara Lowndes. Here’s where you can buy them! If you’re interested in reviewing my work, please feel free to contact me in the tab above.

MISANDRY features a collection of short stories covering everything from a serial killer using her womanhood to hide from discovery, to a woman trying to make herself disgusting again after years of fetishization, to the impossibility of recovery after sexual assault in a patriarchal society, to what it means to be a woman dating “one of the good men”.  Also featuring a number of exclusive and gorgeous illustrations by Cody Sexton.

Buy my debut novel, Right Guy, Wrong Time, at the link below! This book is a romantic comedy about life after rape, dealing with sexual dysfunction, misogyny, recovery, and relapse through the lens of the classic romcom.

How do you get over the love of your life when you can’t even admit you loved her?

Janey has been in the closet her entire life—even when she fell for her first girlfriend, Elise, back in high school. After Elise left their small hometown of Clitheroe to pursue her dreams of becoming a musician, Janey knew that the only thing she’d have to remember her by was the song that Elise had written about Janey.

But that love song soon turned into the biggest hit of the decade, and Elise and her band return to Clitheroe a few years later to pay tribute to their hometown. Janey, still stuck where she was five years ago when Elise left, knows that she can’t let her ex slip through her fingers again.

But she’s still in the closet, and has no intention or idea of coming out to her homophobic family. How can she make amends with the woman she loved when she can’t even be honest with herself or the people closest to her? 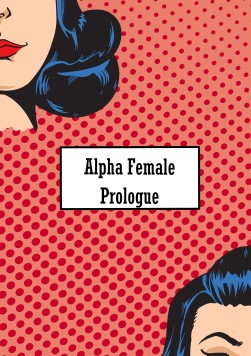 Syd Becker knows something has to change. Her sex life has been dead in the water for years, nothing but a string of bad hook-ups with wannabe-dominant men intent on controlling her. She’s desperate for something different, and Syd begins to wonder if she’s the one who should be in control instead.

Soon, she finds herself entangled in the world of female domination, and wrapped up in an intense relationship with the Hunter Bauer, the lead singer of a local punk band with a deliciously submissive streak. She’s soon pushing her limits – and his – to places she never knew she could, and their bond is deepening in ways she never predicted…

A small-town lesbian in the big city. It should be easy. Except for Ruth, it’s anything but predictable. Born with powers she can’t explain, she escaped to the sprawling metropolis of Dollar to figure out why she was endowed with her mysterious gifts. But, three years later, she’s none the wiser – until she gets hit by a car and a mysterious nurse named Killian comes to her rescue. But Killian has a dark past that she’s desperately trying to leave behind and, as a dangerous organization uncovers Ruth’s secrets, they must fight to keep their intense romance alive.

A Month On Set – Cobblestone Press

When camera operator Lisa turns up to her latest movie set, the last thing she expects to find is her current crush, Iris, in the leading role. With a strict no-dating policy among the cast and crew, the two women find themselves fighting their impulses, their desire culminating in one unforgettable encounter.

Maya has spent years putting her time as one quarter of a world-famous girl band, Trouble Clef, behind her, along with the intense romance she shared with her closeted bandmate, Kyra. But now, ten years after their last controversial show, Trouble Clef has a chance to pick up where they left off with a reunion tour, and Maya is forced to face the past.