Alright, let’s get into this. This review is going to be savage and long, so get yourself a cup of tea and a biscuit and we’ll get into it. 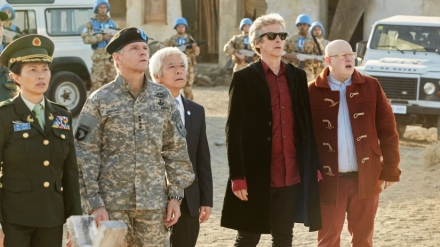 There are many, many things wrong with Moffat’s tenure on Doctor Who. There’s no arguing with that. As his years helming the show have progressed, the dumb, silly issues that at first seemed kinks to work out have become almost a calling card. His tight, intricate, but nigh-on impeachable plots have descended into episodes so packed full of plot holes that it takes active suspension of disbelief to make them work even on the most basic level. His ability to create one-off characters who felt human and fleshed-out have collapsed in on themselves and turned into stock characters who might as well be brooms with the relevant plot details they’re there to convey sellotaped to the front. And, more than anything, a show that once genuinely excited me, a show rich with complex sci-fi ideas and brilliant characters and scary monsters has become something that I feel completely and utterly exhausted by, because with each passing week, there’s less and less there that I actually find any enjoyment in.

The Pyramid at the End of the World (written by Moffat and Peter Harness), this week’s outing, felt like an underlining of those points with a pencil that has long since worn away to a nub. I really wanted to like it, as I say every time an episode like this comes around, because I want to love Doctor Who, but the only way I can enjoy this kind of flabby, frustrating storytelling is by switching it off after the first ten minutes and filling in my own plot instead of watching the turgid, mishapen mess that we seem to inevitably end up with these days. With almost every episode this season, I’ve enjoyed the initial set-up and ideas, only to find myself bored and dissapointed and irritated by the end-up.

We picked up where we left off last week, with the Doctor recieving the information regarding the simulations that the alien monks have been running for years, at the moment where a mysterious pyramid arrives from nowhere, apparently heralding the fact that these aliens have crunched the numbers and discovered that here and now was the prime time to launch their domination of Earth. Okay, I thought – cool idea, neat concept, even if it renders last week’s outing oddly redundant for the most part. 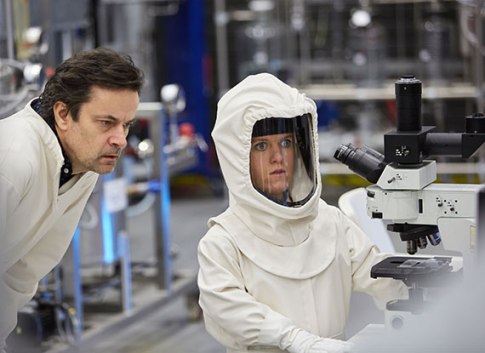 Swiftly, the episode began to fall apart as the Doctor in full president-of-Earth mode launched into trying to figure out how to stop the aliens, along with world leaders from Russia, America, and China. A bunch of clunkily-done exposition about peace and war cluttered up the already overstuffed episode, as the story veered off to show us the goings-on of a laboratory whose mistake was meant to destroy the world. The sub-plot could have worked if the characters who populated it had been anything other than just plot devices, but there was no room, time, or effort put in to making them seem like actual human beings. One of them dies horribly as a result of murderous bacteria, and the camera pans impassively over his dissolved corpse with a practically audible shrug.

The other kicks about a bit trying to figure out how to stop the bacteria getting into the atmosphere, until the Doctor turns up and offers a solution so mundane it beggars belief as to why this accomplished scientist wouldn’t have considered it before. Oh, and of course, since she’s a woman, the Doctor has to cram in a bunch of lines about how she’s his “glamorous assistant” and how they should go out sometime, because apparently Moffat thinks the highest point a side-character like her can reach is to have the Doctor find her attractive while she gurns appreciatively. If the male character had been the one to make it to that point, you know there’s no chance that dialogue would have made it in.

Just when it looks like the Doctor has things sorted, he finds himself trapped with no way out thanks to his lack of sight (though, as several people pointed out, the chances of there not being braille on the keypad he needed to use to escape was pretty thin). Bill discovers that he’s doomed, and immediately goes to barter away the entirety of planet Earth in order to save him because she just loves him so damn much. Look, I’m not arguing that the Doctor and Bill have a bond and that she would be distraught at the thought of losing him, but there hasn’t been enough done to underline their relationship to make this believable. If this had been, say, Clara, precedent was there for her to do something that dumb, because she’d been established as reckless and hot-headed, but with Bill, we’ve seen nothing to indicate that she would do something as stupid as this. I reiterate: she literally sacrificed the entire Earth – against the Doctor’s wishes, no less – so he could get out of there alive. Here, the show relies on our inherent belief that anyone the Doctor comes into contact with instantly sees him as the most important thing in their life without actually doing any of the legwork to make it feel natural or obvious. Every episode this season has had a “fuckin’ really?” moment, but this one was the most egregious, because the stakes were so high and the build-up to it so thin. 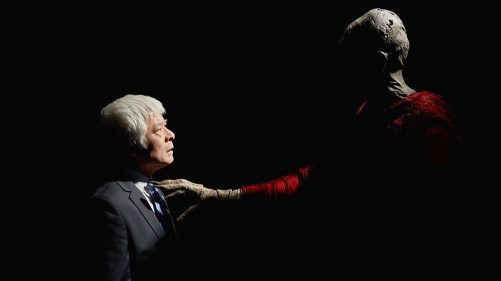 But more than anything, this episode just isn’t entertaining. Straight out, I don’t think any of this season has been (once more, I have to assure you that this has nothing to do with Pearl Mackie or Peter Capaldi who are as good as they cab be). Each episode seems to have been either a dullish story executed with a modicum of flair (Smile, Knock Knock) or a vaguely interesting premise that can’t get out of the gate (Oxygen, Extremis, this week). Looking back, the only one that I really enjoyed was The Pilot, and that was because it was rich was promise and potential, none of which has been satisfactorily realized in the episodes that followed. Nothing has delivered, nothing has felt like a sigh of relief in realizing that the show has finally remembered what it can and should be – and we’re pretty far into the season for Doctor Who to still be scrambling to find it’s feet. 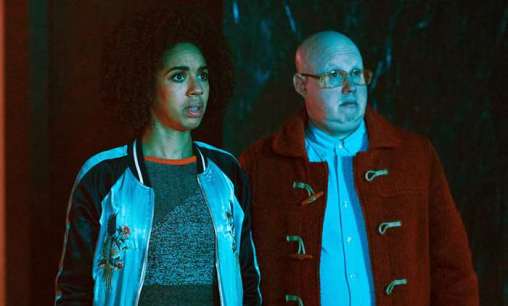 And that’s maybe the worst part of all of this. That when this season started, it had really potential. It looked different, fresh, maybe even a return to form, but has been dragged down by the repetitive problems that have plagued almost every episode in Capaldi’s run. And I’m confident, given the turn that Moffat’s other brain-baby Sherlock has taken, that these are problems with him as a writer. When I look back on his truly brilliant episodes – Blink, The Empty Child/Doctor Dances, etc – I remember great, tight stories with compellingly real characters that kept you engaged to the last second. But it’s all too easy to trace the line between those outings and the dull, overwritten, cavernously empty stories that we’re getting week after week this year. And the worst part? I know that nothing much is going to change as long as Moffat is still at the wheel. Bring on Chibnall, and let’s see if there’s any way to redeem this relentlessly dissapointing run.

I’ll have you yet, Moffat.