Doctor Who: Termite Adversaries Roam Despite Issues with Story

I think before I get into the normal review, it’s worth saying that, for the forty-four minute runtime of this episode, I really enjoyed Knock Knock. It can be hard to disengage critical brain sometimes, but I happily clicked over into being a regular-ass viewer and it was wonderful. I can get so caught up in the nit-picking and continuity and outright disgust for specific episodes that it can be hard to just appreciate an outing for what it is, but Knock Knock had me damn well entertained. I want that on record, because it’s been a while since I could say that and mean it.

Because, dammit, I’ve always been a great believer in the horror side of Doctor Who. Sleep No More was by far and away my favourite episode of last season, and the season before that, Mummy on the Orient Express is a standout for me, both episodes draped in sci-fi frippery that were purely and gloriously horror at their core. I’ve been a horror fan for bla bla you’ve heard this all already, and Doctor Who was a huge part of my introduction to that, so whenever they produce something that’s actually meant to spook and unsettle, colour me gamely hiding behind the sofa in preparation.

And Knock Knock, for all it’s faults, was a horror episode. Not just a horror episode, but a haunted house one, no less – Hide was the last big haunted house episode the show produced, and it was tripped up by it’s ending and left pretty forgettable at the end up, but I still have a soft spot for it because haunted house stories are the horror equivalent of slipping into a warm bath; warm, familiar, and regularly characterised by the unhappy spirits of your ancestors. Knock Knock followed Bill and some uni cohorts moving into a creaky old house owned by the slightly sinister David Suchet, but of course, all was not as it seemed as killer alien lice emerged from the walls to munch on them.

Yeah, it’s thin, but the familiarity of the plot allowed for a lot of fun character work, particularly with Peter Capaldi who was on baller form tonight; the sigh of him attempting to quietly crunch a prawn cracker was the biggest laugh of the season so far, and I love him most when he’s the ornery side of grump. David Suchet was magnificent, proving that a real professional can turn even the most questionable of roles into something special – his fluttering, callous drawl of “God bless his soul” when one of the students was munched up was pure perfection – and Pearl Mackie continues to impress, even if she didn’t have a huge amount to actually do this episode. The rest of the uni kids were basically a giant shrug, but God, we’ll look back on this episode as an artifact of just how bad fashion got in 2017. That fringed sweater? I die a thousand deaths at the thought. Not to mention, of course, the script dotting in a handful of yoof-isms that no youth has used in at least a decade. Does anyone truly believe that people are still using the term “wicked” as a positive descriptor? That term’s so out of date I’m pretty sure Busted had a single named after it. 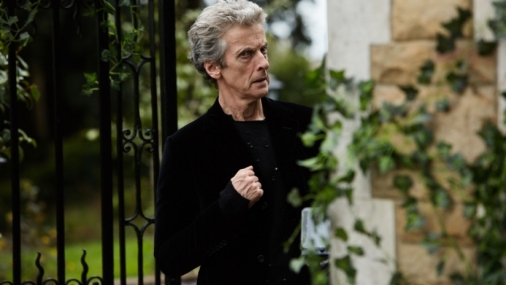 And the script, provided by veteran playwright and first-time Who scribe Mike Bartlett, was solid. It can be hard to build tension over a forty-minute episode, but he at least managed to evoke a strong sense of atmosphere as the characters careered around that old house that felt like it went on forever. It had a couple of legitimate “oh fuck!” moments -the stairs grabbing hold of a fleeing student, the shot of another student half-absorbed into the wall – and basically hit all the standard haunted house tropes that I love so much. All haunted house stories suffer from having to come up with an explanation, because all the spook hinges on not knowing, but the resolution to the episode was edging towards mawkish but managed to keep itself from going over the edge. David Suchet’s fabulous performance really hinged it all together, and it was the first episode these season that didn’t drag at any point, bouncing along contentedly towards it’s conclusion and strolling away dusting it’s hands and whistling all chuffed with itself.

Not to say that it shouldn’t have been. This was a good episode, likely the best of the season to date, and I enjoyed it for what it was. But it was one of those delicate little Who creations that requires you not to look too closely at how it was constructed – rather like the house as it’s centre – in order to stay upright. I nipped off for a post-episode piss, and by the time I was drying my hands I could already name a half-dozen unanswered questions that the episode just sort of wandered away from. Where did the bugs come from? Why did they fix David Suchet’s mother and not anyone else? Why did they need to eat people every twenty years? How did David Suchet negotiate this with them? When the mother brought back the students who’d been munched up at the end, why didn’t everyone the house had claimed return? Why did none of the students seem bothered by the terrible fates they’d all endured? How did no-one notice that a half-dozen people were vanishing from the same place at the same time every twenty years? Why did the bugs absorb some people into the walls, and straight-up eat others? You can fill in the blanks for yourself if you want, but no explanation was offered within the episode and that feels like kind of a cheat to me. 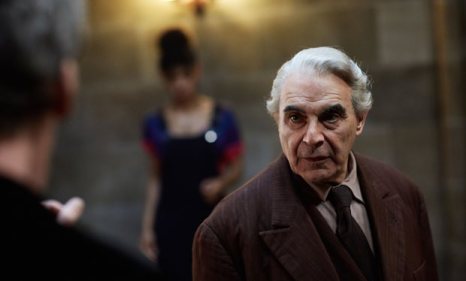 So, yes, while I enjoyed Knock Knock for what it was – a haunted house story with some great performances and a solid story that tied up in forty minutes – it still felt sloppy around the edges, kind of like the rest of this season so far. And, more than anything, it felt standard – there was nothing definitive about it, nothing that made it stand out to me. I’m hoping the show will get ahold of itself soon, and start putting out stories that are a little more memorable – and a little more carefully put together.

Oh, and a whole episode of Nardole next week? I’ll have you yet, Moffat.