So, since it’s nearly Christmas, I’ve been watching some horror movies (and yes, those things go together perfectly logically) and other assorted spooky paraphernalia. And I’ve started noticing a few patterns emerging with the way horror treats it’s female characters.

I don’t think it’ll come as news to anyone that horror, as a genre, doesn’t necessarily treat it’s women super well. Not to say there aren’t some exceptions-plenty of movies do well in providing female characters who are just as nuanced as their male counterparts (Cabin in the Woods, Grave Encounters, Lords of Salem, just off the top of my head). But beyond the usual final-girl tropes, I can’t shake the feeling that horror movies just have a problem with female bodies in general. 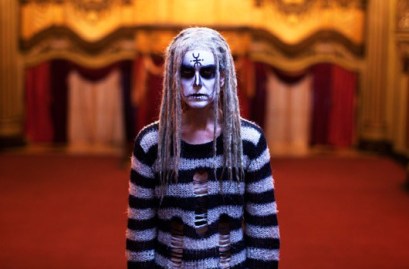 Sheri-Moon Zombie in Lords of Salem

And, yeah, I can hear it now- it’s not as if men get off without being stabbed, shot, eaten, or stabbed with a spear mid-way through sex. But women are much more often victimised for their femaleness than men are for their masculinity.

I mean, periods alone have a long and deeply unpleasant tradition in horror history as it is. Menstruation in horror is often used as a way to signify sexual maturity, and generally that comes with the nasty side-effect of turning the woman in question into a raging serial murderess when all she needs is some tampons and a lie-down- from the seminal Carrie (1976), which opens with our protagonist getting her period for the first time and ends with her destroying an entire town, to Excision (2012), where AnnaLynne McCord’s character deliberately loses her virginity while on her period to try and satiate her erotic obsession with blood.. The titular character in Ginger Snaps (2000) is attacked by a werewolf specifically because the smell of blood from her first period attracted it, and Dog Soldiers (2002) has a female werewolf referring to her metamorphosis as her “time of the month”. Basically, if a women in a horror movie gets her period, get out of there, because chances are she’s about to go on a violent killing spree. These movies, along with many others, directly connect menstruation with an often uncontrollable urge to wreak havoc, which is, at best, only 30% true. 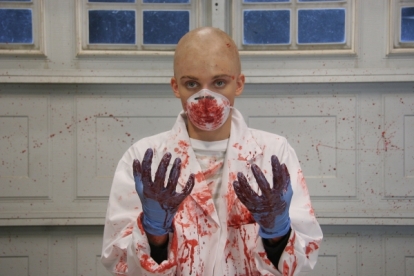 AnnaLynne McCord in Excision, which is spectacularly good and deserves to be far more known that it currently is. GIVE ME AN EXCUSE TO TALK ABOUT THIS MOVIE PLEASE.

I don’t think I need to underline how many times teenagers, and women in particular, are punished for having sex in horror movies- films like Jennifer’s Body (2010), which features a teenager forced to lure her classmates with sex in order to feast on their innards due to the fact that she lied about still having her virginity, specifically pinpoint women’s sexuality as something demonic. It Follows (2014) lands in the same ballpark, with a teenager girl being stalked by a murderous vision because she slept with the wrong guy. I couldn’t really write this article without acknowledging this exists, so jump over to here if you’d like to read more about it. 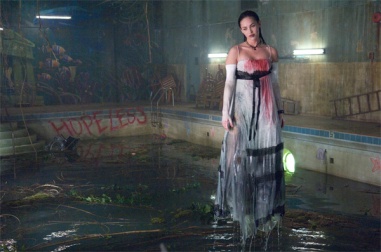 Megan Fox in Jennifer’s Body. This movie is somewhat better than you think.

And, what comes after sex? Babies. The demon pregnancy trope  and it’s implications have been discussed at great length elsewhere, so I’m going to focus in on a couple of specific movies that take it one step further- firstly, Grace (2009), which revolves around a woman who’s foetus is killed in the womb. She insists on carrying it to term, only to birth it and find out that it’s actually alive- but with a terrible appetite for blood. The film very specifically focuses in on the practical biological impulses of motherhood- labour, pregnancy, breastfeeding, and so on- and subverts them into something unthinkably horrible. In French New Wave horror Inside (2007), a woman loses her husband in a car accident while pregnant, and, just before she is due to give birth, is terrorised by another woman who is intent on acquiring her unborn foetus through scissor caesarean (seriously, you should watch it, it’s fantastic). 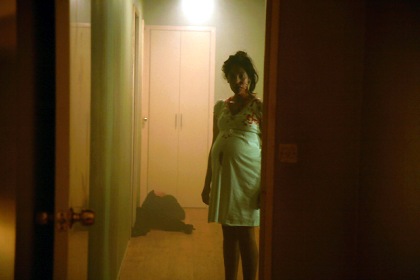 Alysson Paradis in Inside. You have no idea how long it took me to find a screenshot with less than full gore in it.

In both movies, whether literally or metaphorically, the woman in question is being victimised for her ability and willingness to carry and birth children, punished with insane levels of violence or tortured by impossible moral questions for her decision. This can be applied to a bunch of other movies that use demon-pregnancy trope- there are so many films that employ the idea I don’t think I could list them all here- A Nightmare on Elm Street 5 (1989), Devil’s Due (2014), Dawn of the Dead (2004), Ju-On 2 (2004), It’s Alive (1974), and, of course, the one that started them all, Rosemary’s Baby (1969), to name a handful. That’s not to say that the men who feature in these movies get off scott-free- usually the opposite, in fact- but their deaths have less to do with their biology than their female counterparts.

I’m not necessarily criticising every horror film that utilises one or more of these tropes- in fact, I think there are more than a few movies that explore femininity, motherhood and pregnancy in the horror with really interesting results (Most notably 2014’s The Babadook, which you absolutely should have seen by now). But it does get a little bit tiring, in a genre that I love so much, to see women’s biological processes so often depicted as something twisted, demonic, or uncontrollably evil.