Indulge Me in Some Insane Riverdale Fan Theories

Yeah, it’s only been a couple of weeks since I wrote about Riverdale, but since I’ve spent most of the intervening time staring into the middle distance, squinting slightly and thinking about this gloriously gothic teen drama. Yeah, it’s not perfect, but it is wildly compelling and by far one of my most-anticipated weekly releases (because hey, I don’t see any other shows having Dark Betty boil men in hot tubs, you know?). Of course, this season revolves around the mystery of Jason Blossom – who killed him, why, and what was he running from when he was fleeing the town of Riverdale? Well, I am a sucker for fan theories, and am not above throwing my hat in the ring, so let’s get down on some of my more poorly thought-out rantings and ravings!

Theory One: Polly Was Murdered Too 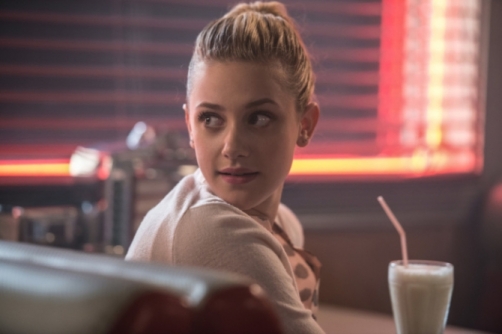 We’ve heard a lot about Polly, Betty’s absent older sister, and her relationship with Jason Blossom, but we don’t know what is actually true. According to the Blossom’s v. gothic grandmother who enjoys lurking in the shadows of dead teenager’s bedrooms, the two of them were engaged. But if we listen to Betty’s parents, they shipped her off to a “group home” after Jason made her “sick”. A lot of people think Jason was fleeing Riverdale to get to her, and was killed on the way – but we know a week elapsed between his disappearance and his corpse being found. He wasn’t meant to die (or at least, his sister wasn’t expecting it). What if he reached Polly, but whoever didn’t want them together caught them and finished them both off? Jason’s body washed up on the shores of the river apparently by chance, suggesting that whoever dumped his corpse didn’t want it to be found. Who’s to say that Polly’s not somewhere at the bottom of the river too? What if the reason Betty isn’t allowed to see her sister is because there is no longer a sister to see? It’s about halfway through the season now, and I could see the show pulling out another mystery to really ramp things up a notch. 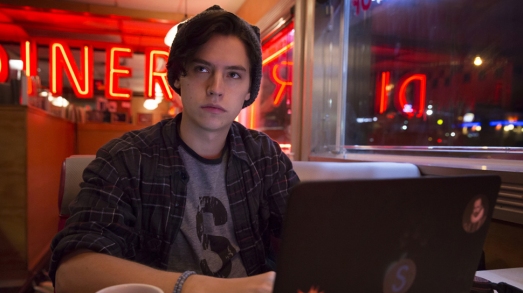 I already have an irrational love for Jughead, but I’d love it if there was more going on to his investigatory plot than plenty of excuses to ship him and Betty for life (when the only obvious ship in this show is Betty and Veronica, obviously, OBVIOUSLY). He’s our narrator for all intents and purposes, and one of the first times we see him he’s writing his book – the tale of Jason Blossom, his murder, and the town of Riverdale. Jughead is a big romantic creative, and I wouldn’t put it past him to be involved with the events leading up to Jason Blossom’s murder just so he could have something to write about. With him feeding us the story, it would be a cool twist for the show to pull off an “unreliable narrator” thing and have him betray the audience’s trust by keeping important information from us to conceal his involvement with the scoop of a lifetime. Look, I write fiction for a living, and can confirm that we’ve all committed at least one murder in the name of our craft. That’s all I’m saying.

Theory Three: Jason was Shot After He Died 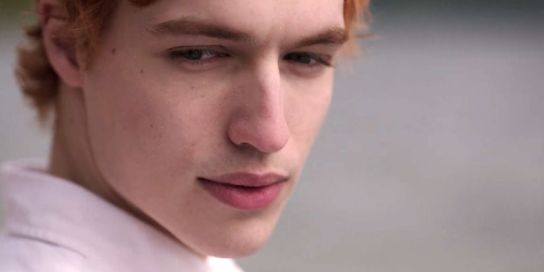 If you look at the placement of Jason’s bullet wound, it doesn’t much seem to be the panicked flailing of someone just trying to take him out  – it’s dead in the middle of his head, execution-style. i think he drowned (or was drowned) and someone shot him after his death. Who, you ask? Well, this is out there, but there is a lot of bad blood between the families of Riverdale. Perhaps Jason drowned soon after he vanished, and whoever found his body (and there were plenty of people out there in the intervening week) saw an opportunity to frame an enemy for his murder, shot him, and dumped his body in the river to be strategically washed-up later? It’s out there, but then, so is this entire show, so…

What theories to you have about Riverdale? The more out there the better? And are you as hopeful as I am that the theories than whoever killed Jason meant to kill Archie are true and that the two-by-four with abs with buy it by the end of the season?

2 Comments to “Indulge Me in Some Insane Riverdale Fan Theories”