Hi! I’m Lou. This is my blog, where I share my Pointless Opinions (copyright pending) for your reading edification. And this week, my Pointless Opinions are rendered DOUBLY pointless: both by the fact that I have actually already written this article, and that someone else has been commissioned to create a “real miniseries” with an “actual cast” that doesn’t “refer to some weird list written by a blogger people avoid eye contact with in the street”.

But that’s not going to stop me from sharing my Hottest Takes on my favourite book ever, The Stand! Yes, I might roast Stephen King from time to time, but it’s only with love – and one of my favourite pastimes is imagining the (main, at least) cast that I would pick if I got a chance to helm an adaptation of his post-apocalyptic classic, The Stand. Without further ado!

Stu is one of the easiest characters to cast – somewhat handsome, thirty-something dude with a Reassuring presence – but there’s no doubt in my mind that is an Olyphant role. He’s got the easy charm and on-screen weight to ground this, and also, look at his beauty.

Should we done with the mystical black woman helper character by now? Yes, of course we should. But if we have to have one in this story, then she better be played by Alfre Woodard – she’s an utterly compelling screen presence, and if anyone can bring Mother Abigail some much-needed bite, it’s her. 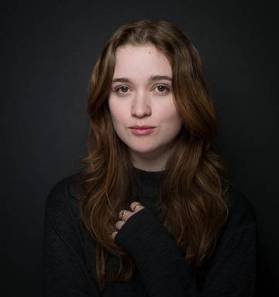 I haven’t seen Alice Englert in a lot – hell, she hasn’t done a lot to see, to be honest – but Fran is the kind of role that needs someone with equal parts grit and gentleness. If you haven’t seen her killer (heh) turn in In Fear, get on that, and you’ll see just what I mean.

Is JGJ too old to play Nick? Yes! Do I care? No! Nick, as the epitome as goodness, is just one of the more uninteresting characters in this story, but bring someone like Gallagher to the role, and you’ve instantly grounded it in something more human. And, given Nick’s limited speech in the book and Gallagher’s previous performance in the word-light Hush, we know he can make a stoic performance work.

Robert Pattinson has been committed to playing any role that will go against his sex symbol past – see also, The Lighthouse – and I could totally see him bringing that to this difficult but integral role. Pattinson has proved that he can bring depth to characters who might be hiding that under a different facade, and, after he plays The Batman, he’s going to need some strange genre role to undercut that, right?

I’ve been obsessed with Lakeith Stanfield from Sorry to Bother You onwards, and frankly, I need him for this role. Larry is arguably the other side to Harold’s (see below) descent into badness, a descent into goodness, the sort of thing that could be cheesy in the wrong hands, but, in the right ones, it’s an innately fascinating piece of storytelling. Lakeith Standfield, trust me, has those hands.

Let’s be real – the only reason I wrote this list is because I wanted to talk to you about my personal favourite actor, Barry Keoghan. Harold is one of the densest, most difficult roles in this whole story – from good to bad, tracing every step along the way – and Keoghan has proved he can do everything from reluctant would-be thief to outright murderous stalker of an entire family and make it work. Recast this role! Recast it, I say! 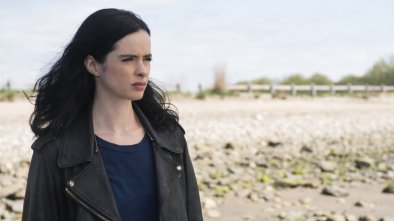 Now, Nadine is arguably the most interesting female role in this story – tortured, tormented, ultimately tragic – and frankly, I want to put Krysten Ritter in everything since her amazing turn as the title character in Jessica Jones. If anyone can do “internal struggle characterized by mental torment from an invading male presence”, it’s her. Which might sound specific, but hey, what was Jessica Jones if not an audition for this very role? 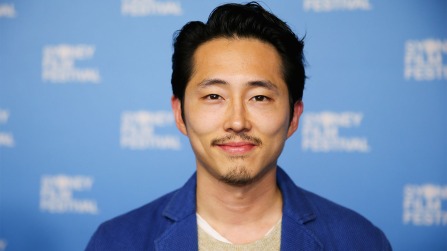 Steven Yeun has had the most interesting post-The Walking Dead career I’ve seen so far; he seems committed to taking on the roles that distance him most from eternal Good Guy Glen, and frankly, I’m here for it. Lloyd is a dense, slimy, and totally fascinating character, and Yeun’s increasingly bold and challenging choices (check out his turn in a recent episode of The Twilight Zone, A Traveller, if you don’t believe me) have convinced me he could make this work.

Now, if anyone can sell Primo Strange, it’s Denis O’Hare. His constant season-saving American Horror Story turns have proved that to me over the last few years, and I think he could bring the difficult depth to this important but small role. Not to mention the fact that I would just like to see him in everything, so, you know, get on that. 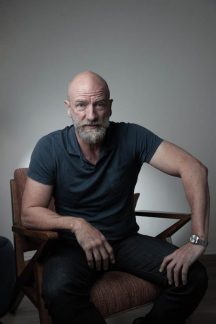 Ever since his dazzling turn in Outlander, Graham McTavish has been my pick for this, and that hasn’t shifted for a second. He’s got the sheer gravity required to sell a character who has represented chaos and evil for centuries, and the oddly attractive quality that could convince you that people might just be on his side through all of it, too.

What are your dream castings for The Stand? Do you agree with me, or do you think I got it totally wrong? Let me know in the comments! And, if you liked this article and want to see more stuff like it, check out my movie blog, No But Listen, and please consider supporting me on Patreon!