Sorry we’re a little late this week – I could come up with any number of excuses (not least snugging this little cat’s tiny ears!), but the truth is the episode left me kind of…eh.

I loved last week’s outing both for the sense of gleeful, gothic fun it exuded and the fact that it actually leaned into some of the underexplored corners of Kevin Keller’s…well, you know. And yeah, I suppose, this week took a shot at doing the same, but came off more perfunctory than anything else. 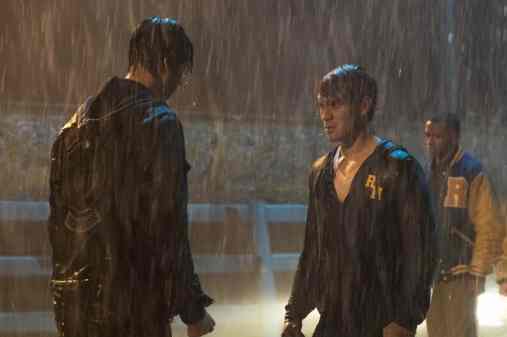 This sequence was so, so damn well-directed that I couldn’t even hate it for how dumb it was

For example, this week the show shined a light on the simmering tensions between the North Side of Riverdale and the South, which could have been interesting if the way they characterised those tensions hadn’t been just so…thin? Last week, Alice recieved and published a letter from the Black Hood Killer wherein they outlined their reasoning for killing – ridding Riverdale of those who had sinned, for those who need a reminder. But this week, suddenly everyone’s sprouted persecution complexes and rampant aggressive stereotyping, from Toni Topaz (that fucking name) laying in to Betty after a slight faux-pas for no reason other than the show a) really, really wants to do the “feuding love interests” plot for some godforsaken reason and b) really, really needs to fill in the apparently age-old tensions between the two sides of the town very quickly in order for this plot to make sense, while Archie and other Northsiders are suddenly painting the Southside with a pretty harsh brush because the show requires it. 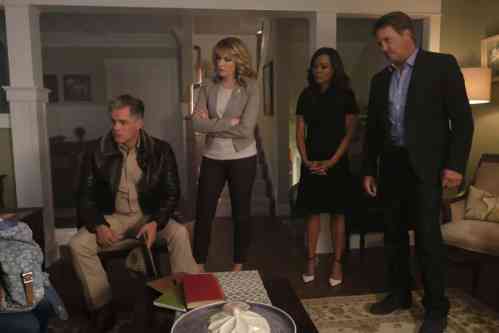 If the show had embraced the inherent ridiculousness of this plot suddenly yanked to the forefront, the way it had with the silly Jingle Jangle nonsense last week, it might have gotten away with it, but it was po-faced and just felt inexplicable and relatively unfounded in comparison. Especially given, as I mentioned above, we know why the killer is doing what they’re doing, and it’s nothing to do with some North-South divide.

This was also a Veronica-heavy episode which, for me, is just bad news – God Bless Camila Mendes and her commitment to that gorgeous cape that I coven (new term for when you really, really want a thing that you know you could wear to your weekly witchcraft potlucks), but Veronica has overtaken Archie in the “worst character” stakes: she’s like a dulled-down version of both Cheryl’s gleefully messy bitchitude and Jughead’s pop-culture saviness, mashed together and slipped into a pair of stilettos that won’t stop going the fuck on about their father. She rarely seems to actually have much to do that’s specifically about her, usually reacting to something either Archie or her parents are up to, and that renders her the least fun character in a town brimming with outrageously entertaining ones (shout out to Madchen Amick’s Alice Cooper, who may still be the show’s real MVP as she casually destroys any remaining faith between the two halves of the town at a community meeting because…fuck, I guess she’d finished pressing her pastel sweaters for the day and needed something to do?).

She’s not awful in this episode, but it’s a very functional forty minutes for her as she basically midwifes Archie’s marginally more interesting Red Circle plot through it’s requisite beats. I think this is her biggest problem, in fact, and one of the biggest problems with the show in general: Veronica is, by her very nature, vitally important to the very concept of Riverdale as a show, but at the same time, it can’t seem to find a lot that’s interesting to do with her. But, unlike, say, a character like Cheryl, who can take a backseat for an episode and have it not feel too out-of-place, Riverdale feels the need to uphold Ronnie’s place in the leading three. And really, it’s bringing them down, with Camila Mendes an only-average performer and the script groping around to find personality that the rest of the cast has already firmly settled into by now.

It’s still a superbly well-directed episode, and hell, it’s packed with plenty for true crime obsessives like me to enjoy without tipping over into the exploitative as AHS did earlier this week (not to mention the fact that it features one of the best-shot fight scenes I’ve seen on TV since Vikings finished it’s last season, in the form of the rumble between the Serpents and the footballers), but The Town That Dreaded Sundown reminder me more of the remake of that movie that the original: pretty, derivative, and lacking anything close to the bite that title promises.

2 Comments to “Riverdale Recaps: The Town That Dreaded Sundown”