You guys seem to like this little feature of mine, so I thought it was time to produce a special edition of TV Characters  I Would Fight – namely, one that doesn’t solely include TV characters. Yes, it’s time to take a look at the world of superheros, and those amongst them I would fight the shit out of and win, provided they couldn’t use any of their special powers and also their limbs. To the list! 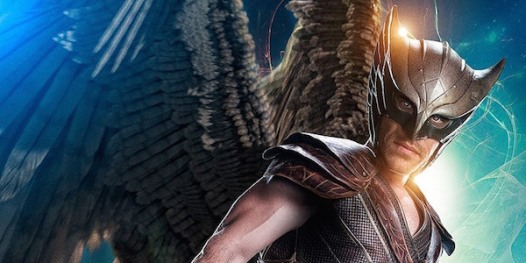 Let’s start with an obvious one: Hawkman from Legends of Tomorrow. He basically spent the whole of his first season following his HawkLady (who was previously unaware of her status as a HawkPerson) about whining about how she was destined to be with him forever as his soulmate and should just get on with it already despite her obvious reservations. I say obvious, because it was clear to anyone with half a brain what a raging dickpile Hawkman was – powerfully boring and comically stiff, the show rightfully got rid of him by the end of their first season, clipping his wings as soon as they got the chance. I would hide his dumb costume and catch him on the bog with a sharp left-hook, and then flee with Hawkgirl because she deserves better. 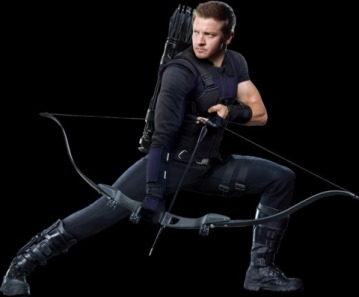 Yeah, so basically any hawk-related male superhero I would enjoy beating with a stick. I think this has more to do with my really intense dislike of Jeremy Renner, but everything about Hawkeye irritates me – he’s so blandly just there, and yet somehow every movie he’s in decides to give valuable time that they could have been spending with, say, not fucking Hawkeye, characterising him (remember that bizarre diversion they took to his secret family in Age of Ultron that added literally nothing to the movie? What was that about?). I almost forgot to put him on this list because I’d genuinely forgotten he existed, but my good friend Robin reminded me, when I mentioned this article, of the good half-hour I spent ranting about his stupid fucking presence in AoU on the walk back from the cinema towards a stiff drink. My OG superhero-hate. 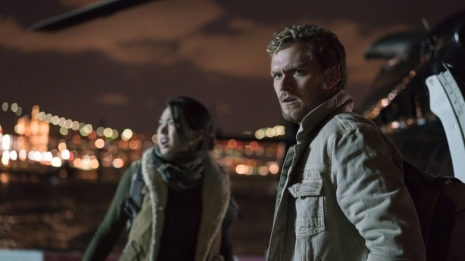 I think I’ve explored in great detail why I hate Danny Rand so deeply, but let me just outline it again for the ones at the back: I would like nothing more in my life than to follow Danny Rand around yelling into his ear every time he was trying to recharge his chi and moving his coffee to a different cupboard so he could never find it in the morning. Entitled, stupid, oblivious, and with a surgical lack of self-awareness, he’s one of the most pathetically and endlessly annoying characters on TV right now. Every time he wandered, seemingly lost, screen in the Defenders series, I found myself with my fingers crossed hoping that he might accidentally fall and stuff his Iron Fist up his bloody arsehole. #CancelDannyRand2K17.

Yeah, this is cheating a little, but he’s the star of a show in the comic book universe so I’ll take it. I’ve touched on how much I hate Ben Mackenzie’s character in Gotham, but I’ll restate it here: JIM GORDON ONLY WORKS WHEN HE HAS BATMAN TO BOUNCE OFF OF. Without that, there’s no internal conflict between the vigilante justice he condones and his moral, procedural view of the law: he’s just Some Fucking Guy, and it’s not like Ben Mackenzie can imbue him with much charm or…well, anything, to be honest. I would fight him if I didn’t instantly forget he was standing right in front of me thanks to his endless boringitude. Rick Flagg from Suicide Squad also falls into this “my fist on his uninterestingly square jaw would be the most interesting thing that ever happened to him” category. 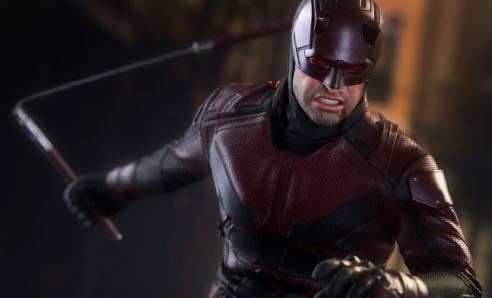 Yeah, okay, I have softened on him since The Defenders, but I have this irrational dislike of Charlie Cox as Matt Murdock that saw him only recently knocked off the top spot for “most punchable face on TV”. I have very, very little justification for this – he’s pious, I guess, and the Catholic guilt stuff gets pretty grating after the dozenth confession scene of the season – but this is my list and I can put who I want on it, and damn it, I would thoroughly enjoy putting this blind man’s head through a table. Which doesn’t sound so good when I put it like that, but I’ll stand by it. For the sake of the truth.

Alright, let’s round up with an old unfavourite: Peter Petrelli from Heroes. For Milo Ventimiglia, the man cursed with this role, there is only pre-Petrelli and post-Petrelli: pre-Petrelli, I can bear his performances, but post-seeing him in his breakthrough role, every time he appears in something I’m watching, it’s a struggle not to grab the TV and hurl it through the nearest wall. A toxic mix of deeply boring and yet vital to the show, Heroes lived and died on the success of his character and, well, RIP. Smug, irritating, and irredeemable from the first moment he steps on-screen, Peter should absorb my fucking power of not being on TV.

3 Comments to “TV Characters I Would Fight: Superhero Edition”