Happy Thanksgiving to all my American friends and readers! I’m not going to remotely pretend that I know anything about Thanksgiving beyond holiday episodes of the sitcoms I love, but I understand that the clue is in the name; and, therefore, I’d like to give thanks for Denis Villaneuve’s superb science-fiction movie, Arrival. 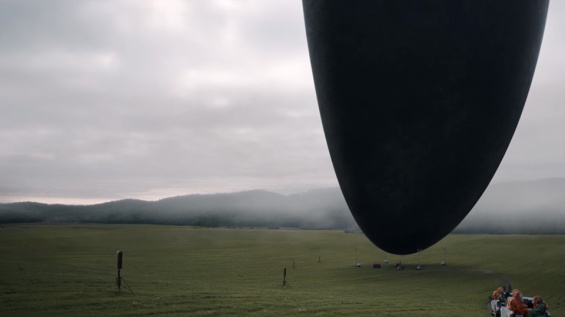 When I review movies (as you might have noticed), it tends to be because I hate them with a passion- but just once in a while, I see a film that’s so bloody good I want to run around telling everyone about it. Arrival is one of those films.

Yeah, you’ve probably seen the trailers; it’s one of the rare intersections of genre movies and blatant Oscarbait, but that’s a crossover on the Venn diagram that I am one-hundred-percent behind. I’m a huge fan of sci-fi in all mediums and all levels of intellectualism, but I think the genre really springs from big ideas. The big writers who defined the genre-Isaac Asimov, Philip K. Dick, Arthur C. Clarke, Maragret Atwood- used it as a method through which to look at “what-if” questions, delivering philosophy and discourse wrapped up in a cool story rich with imagination. And Arrival (based on the short story Story of Your Life by Dennis Chiang) fits into this bracket. 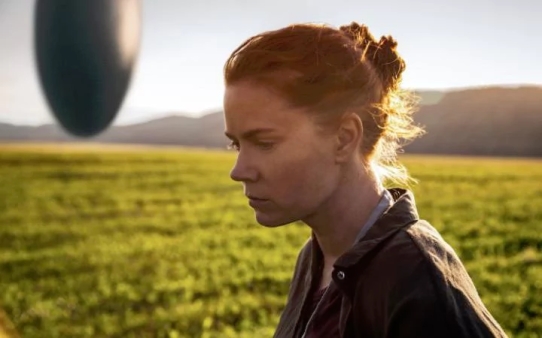 There’s nothing wrong with a bit of fun, swashbuckling sci-fi silliness (Star Wars was my film of last year), but Arrival reminds us the genre is capable of much more than that. Louise Banks (Amy Adams) is a linguist who’s called up to help with deducing the meaning of the arrival of twelve enormous, mysterious shells all across Earth. That in and of itself is a cool idea- the focus on language and communication is fascinating and expansive, exploring some neat concepts about the way we construct language, and the sequences involving the shells (and the aliens within them) are just gorgeously put-together. Villeneuve has made a collection of weird and interesting films before this one (including the excellent Enemy, as well as Sicario)- not to mention the fact that he’ll be directing the Bladerunner sequel due out next year- and he revels in the bigger budget and striking symbolism of this story. There are a couple of truly breathtaking moments of cinema here, and Villeneuve gives them time to breathe- which, in the era of overstuffed blockbusters, is deeply satisfying. I’m sure you’ve heard plenty, too, about Amy Adams fantastic performance- hell, even Jeremy Renner, who I find quite loathsome, is very good in this.

But, despite the aliens and sci-fi wrapping, this is a very human story. The actual tale at the heart of Arrival is so beautifully well put-together that I would be a proper twat to ruin it for you here, but trust me when I tell you that it will move you. It’s heartfelt without being cheesy, powerful without being overblown; it’s what good sci-fi should be. And, in a year of some of those worst films we’ve ever seen, it’s nice to fee like we’re ending 2016 in cinema on a strong note.