How Not to Get Away with Murder

I wrote last year about How to Get Away with Murder and, well, I was pretty bloody excited about it then. And I stand by that! The mid-season finale, the one where the show killed off it’s main character, Wes Gibbins (Alfred Enoch), is still one of the most effectively shocking and mind-bogglingly memorable moments in recent small-screen memory. But the second half of the season left something to be desired, with ridiculous plot machinations in order to avoid incriminating one of the other main characters in Wes’ death and having to get rid of them too, and now, with the show returning for a fourth season, it’s becoming clear that while the show made a brave and bold choice in killing off it’s leading character, there’s a reason that other shows don’t do it too – and that’s because it just might not work.

Okay, no, not quite. I’m sure it can work. I’ve never really seen a show do what HTGAWM did – yes, shows like The Walking Dead and Breaking Bad killed off major characters on a relatively regular basis, but they usually did so after their arcs had come to a natural end and their service to the story had expired. And, you know, the characters they killed off were rarely our way into the story; imagine if Rick Grimes’ story had started in that hospital bed, and come to an end with him getting munched down on by a bunch of zombies half through the third season. Yes, it would have been shocking – but would it have rendered the show basically unrecognisable.

Wes was our audience surrogate. He was our way into the show. We explored his backstory and his past, his life and his suffering formed the backbone to the emotional arc of the show with Annalise Keating (Viola Davis, better than you) finding both a kindred spirit and a replacement for the child she lost in him. Taking him away was brave and ballsy and different, but what do you do once he’s gone? 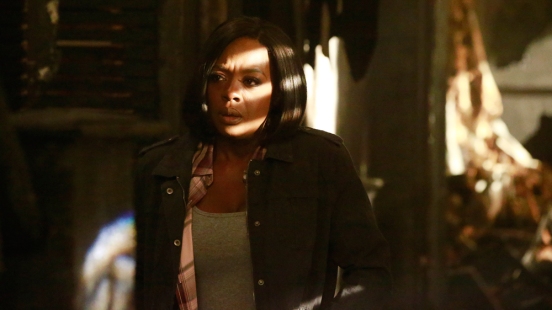 Well, the show doesn’t seem sure. As I said, the back half of last season was wobbly, offering up a half-arsed solution to his death that left me more “bluh?” than anything else. And, much as I’ll still be watching this season because I’m invested and I would watch Viola Davis kick my childhood pets to death and still give her an Emmy for it, the premiere to season four didn’t offer much in the way of conviction that it could carry on without Wes. It feels rudderless, with no-one to build the show around apart from maybe the baby he obviously knocked up another character with before he died. But, with that baby firmly wombward for the time being, the show is caught between wanting the rest of the cast to feel the impact of his death but also to move on with another (pretty ridiculous, but I digress) plot. It can’t linger in it’s sadness by nature of it’s season-by-season set-up, but in it’s hurry to move on it loses the chance to really explore Wes’s death. And that leaves it…unsettled. 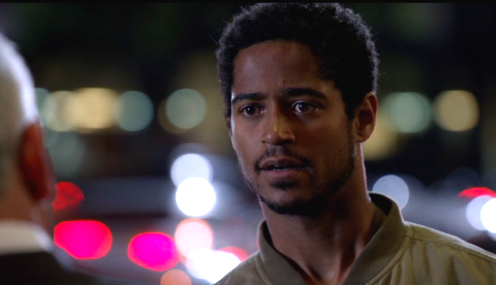 I think that there must be a way to make this kind of dramatic move work – and hell, the impact of having the bloody nuts to kill off a major character in such a brutal and shocking way doesn’t lose much of it’s impact just because they can’t follow it up. In order to make that kind of show-changing move work, you need to commit to fundamentally changing the show down to it’s very core, shifting everything around and accepting that nothing will be the same. But it seems like HTGAWM isn’t quite the show to do it; it’s a show so far out there that when you take out the audience’s way in, the wheels kind of come off unless you offer us someone else to hook on to. And, as the plot-engine revs up for another distinctly bizarre season-long mystery in the vein of the previous systems, it feels like what seemed so powerful and effective last season is already being put behind us – and the show is worse off for it, with Wes Gibbins and his tragic life and death already last season’s problem.

If you enjoyed this article and would like to see more stuff like it, please consider supporting me on Patreon!