When have I quit smoking? 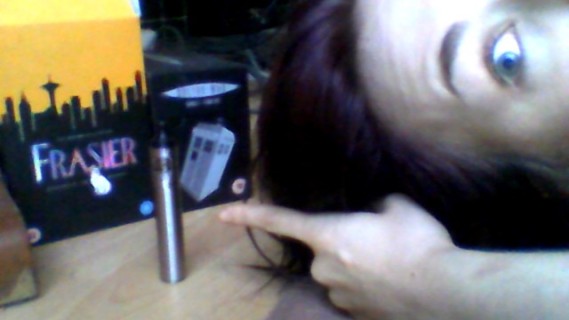 We’ve been rewatching all of Doctor Who recently, and it makes me so happy that my vape could pass for a sonic screwdriver.

I mean, I haven’t had a cigarette in twenty-four days, which is the longest I’ve gone without smoking at all in…well, since I started smoking five years ago. And I feel awesome – not just mentally, with each day bringing another little triumph as I successfully don’t end up face-deep in a twenty-deck, but physically as my body begins to cautiously enjoy the fact I’m not tipping tar and other junk into it on a ten-times-daily basis. I’m cruising now, over the worst of the cravings and getting some concrete benefits, but I still don’t know if I can say I’ve “quit” smoking.

How long does it take before I’m sure that this isn’t just a phase? Because right now, if anyone asks, I tell them I’m in the process of quitting – it feels safer that way, because if I fuck up, then it’s only half the amount of faliure than if I was telling people I’d actually stopped entirely. The difference between “quitting” and “quit” is negligible but feels important, and I’m trying to figure out when I transition from having just stopped for now to having stopped entirely.

In other quit(ting) news, it’s been a good week for small milestones. I feel like, when you’re a smoker, your entire life is built around smoking in a way you don’t even realize till you stop. For me, the best cigarettes were post-sex, post-takeout, and on the way back from the cinema while me and my partner argued intensely about whether or not Wonder Woman would have known how to fly a plane or not, so I was ready for those cravings to strike when they did, but once in a while I’ll be doing something I didn’t even know I used to supplement with smoking – this week, it was while I had ten minutes to spare waiting for the oven to heat up – and I’ll get hit with this “doitdoitdoit” reaction that I have to find a way around. Looking out all those little corners of your life that used to hide cigarettes and clearing them out is an odd task, because I didn’t realize how much my life revolved around smoking until I stopped. I never thought of myself as a super-heavy smoker, especially towards the end, but it’s becoming increasingly clear that I was basically a walking puff of smoke going on about how much it hated Glee.

Are any of you quitting, or planning to quit, right now? If you have quit, what surprising stuff did you find tied up with smoking? And when did you officially consider yourself “quit”? As ever, comment below or hit me up on Twitter to let me know!