Doctor Who: This? All Really Diversion from the Interesting Story

Right, one thing out of the way upfront: that two-second clip of John Simm’s Master at the end of the Next Week On was, without a doubt, the best part of the season to date, and if anyone was temporarily deafened by the high-pitched keening shriek emanating from my flat, I can only offer my condolences and earplugs. Slap some bread around him and call him a sandwich; hammy John Simm is back, and I can’t fucking wait. 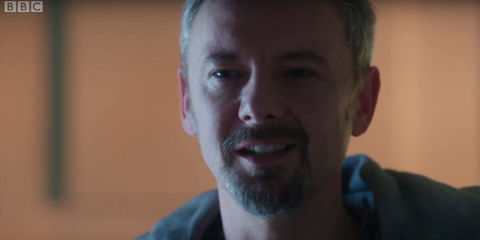 In the meantime, let’s twiddle our fingers and find something to fill the week to his return – uh, there was that article I wrote this week about the female Doctor argument….oh, I know, we can talk about this week’s episode, The Eaters of Light.

In all fairness, that’s not going to take long, because most of the stuff I have to say about this episode is stuff I’ve said before over the course of this season. Set in Roman-invaded Scotland, Bill and the Doctor split off in an attempt to discover what had happened to the famous Ninth legion (shout out to all my undersocialised prepubescent compadres who were obsessed with the Eagle of the Ninth book/radio play) after they apparently vanished into the mists of Aberdeen. Of course, it’s swiftly revealed to be the work of an inter-dimensional beastie (far from timourous, for what it’s worth, though pretty sleekit) and the Doctor, Bill, and Assorted Supporting Characters must work together to stop it. 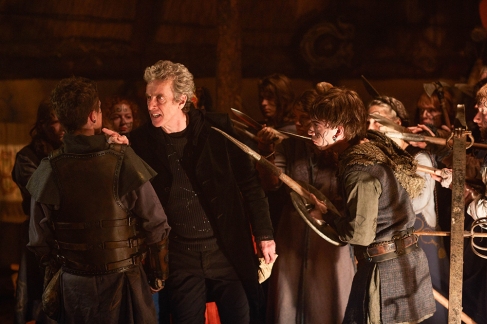 Now, I like me a good history-based story – the show was created, after all, to teach kiddies about the past, and this episode fits nicely into that. And boy, was it nice to have a historical episode that wasn’t just some thin excuse to use the Victorian London sets that the show must have a timeshare in or some shit, with the windswept Scottish moors forming a beautiful backdrop for an episode steeped in myth and legend. The story, too – written by the almost comedically Scottishly named Rona Munro – was solid, and at least hung together without the usual requisite half-hour of “but why…?” and “how did…?” that follows most DW episodes these days. Honestly, I did like a lot of stuff about this episode, especially the ending, which drew to a close with a quiet emotional punch and without the Doctor stepping in to wave his arms about and remind everyone that he’s the most important man in the universe who’s ever lived. I mean, I hate to give an episode credit for just being a coherent story that didn’t rely on a frustrating maguffin to save the day, but this is the kind of thing that this season just hasn’t been able to do consistently or indeed at all till this point. So…hurrah for improvement, even if that improvement just pulls the show back to mediocrity, I guess? 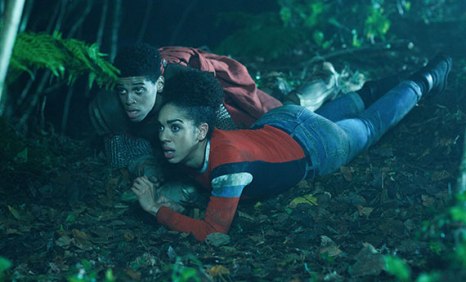 I’m not the first person to say this but hey, Bill’s outfits have been swell this season, right?

Ach, but there was so much I didn’t care for in this episode either. The monster looked like a cutprice Digimon (and considering they’re cutprice Pokemon, that’s saying something), with the CGI stretched so thin that I couldn’t help but wonder why they didn’t hold back on it’s screentime a little bit. The supporting cast were pretty bloody awful, honestly, looking like they’d been ushered straight from a drama school rejects pile and into this episode. And, while the story actually hung together and was coherent, that didn’t mean it was particularly compelling, and took a few weird, clunky diversions that didn’t seem to fit too well – a scene where the Roman soldiers discussed their sexualities in some detail, while pleasingly inclusive, felt out of place. 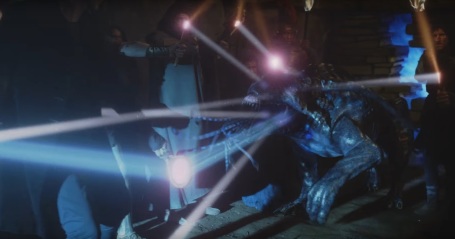 This CGI is just…it’s not good. I’m pretty sure I could do better with twenty minutes and a flipbook.

The best bit of the episode came towards the end, as Missy emerged from the Tardis to reveal that she and the Doctor seemed to have come to some agreement about her place in the team. The Doctor and her shared a genuinely fantastic scene as the story drew to a close, when Missy tries to figure out whether she’s crying to manipulate or because she’s actually moved. Her and the Doctor share a brief moment together, an uncertain one, as they both try to navigate their places in each other’s lives after everything they’ve both been through and everything they’ve inflicted on each other. Capaldi and Gomez were on form, and it was a surprisingly quiet moment for a season that has all but dropped it’s trousers and shat on the living room table. All it did was underline the fact that this is what we should have been seeing more of throughout the series – in fact, looking back, it feels like most of the relentlessly mediocre storylines have simply been there as absurd padding to this story. This plot, the one that revolves around Missy and her potential redemption and the Doctor’s part in that – that’s damn compelling television. It seems like we’re finally getting somewhere with that story next week, but I’m not sure if that’s too little too late give the ten episodes of shite-to-passable nonsense we’ve been forced to get through in support of it. 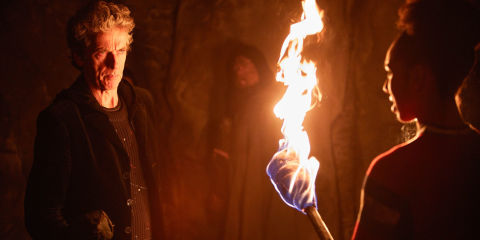 Again, all I can say about this season is that it’s been forgettable – even this episode, which was certainly one of the stronger entries, is already fading from my mind and I have no urge to go watch it again to remind myself. With the extra six months it took to come up with this season, I just can’t concieve of what they were spending that time on – relentlessly haranguing John Simm with calls until he agreed to come back because they sat down and realized they were plum out of ideas? I expected something absurdly over-the-top for Steven Moffat’s final season, and instead, I’ve been handed muted, lazy, punishingly boring rubbish. Roll on the finale: let’s see what they can do in two episodes to turn this season around.

And what’s that: the Cyberman, back again? I’ll have you yet, Moffat.