The Best (And Worst) Sitcom Episodes

Irresistible, really. And I’m a big fan of sitcoms-if you didn’t already know-and also putting things in lists for your amusement, so let’s take a look at the highest highs and lowest lows from some of my favorite comedy outings.

Like all sane people, I love the first three seasons of Community, and feel somewhere on the scale of “ambivalent” to “drunken ranting” about the rest. But this season three episode is, for my money, their absolute peak- set around the ambitious concept of six different timelines based on six different dice throws, it’s both a study of where the roles all these characters take up in their group, as well as being packed with some of the straight-up funniest jokes the show’s ever pulled off. Community at it’s best was always a careful balancing act of madcap meta humour and genuine heart, and, while this episode is undoubtedly heavier on the former, it packs in just enough warmth to mark it out as a series high.

Worst: The Final Page, How I Met Your Mother 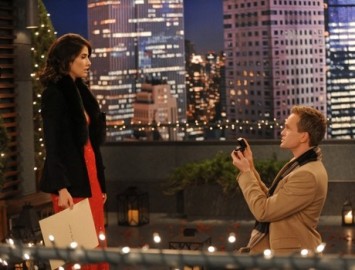 HEY GUYS, YOU KNOW WHAT WOULD BE GREAT? NAH, HEAR ME OUT, WHAT IF WE HAVE ONE OF OUR MAIN MALE CHARACTERS GO THROUGH A BIG REDEMPTION ARC, HAVE HIM QUIT POUNDING EVERYTHING THAT MOVES AND HAS A BLOOD ALCOHOL LEVEL OVER THE LEGAL LIMIT, DATE A WOMAN HIS EX-LOVE INTEREST HATES JUST TO MAKE HER JEALOUS, MANIPULATE HIS FRIENDS INTO CONVINCING THIS EX-LOVE INTEREST OF HIS SUITABILITY FOR HER, MESS WITH HER HEAD REPEATEDLY, REVEAL THE EXTENT TO WHICH HE’S MESSED WITH HER HEAD IN ORDER TO MAKE HER WANT HIM AGAIN, AND THEN PROPOSE TO SAID EX-LOVE INTEREST, HAVE HER ACCEPT, AND HAVE IT FRAMED AS THE MOST ROMANTIC THING IN THE ENTIRE WORLD. GUYS, GUYS, COME BACK, GUYS?!?!

Best: Frasier,  My Coffee With Niles

Yeah, so, Frasier’s the greatest show on Earth and I’m glad we’re all agreed on that. But this episode, the season one finale, is a fucking magnificent piece of work. A bottle episode hinging around Frasier’s brother, Niles, asking if he’s happy, it features a cavalcade of fun cameos for the supporting cast (John Mahoney pretending to be blind never fails to make me giggle-snort whatever I’m drinking out my nose), but is really built around Frasier’s emotional arc. After leaving everything behind, can he be truly happy again? It’s a heavy question, wrapped in cappuccino-froth lightness, and focused around the always transcendent performances of Kelsey Grammar and David Hyde Pierce.

Look, I don’t like The League at the best of times. But this episode SEVERELY rubbed in up the wrong way because of- well, people rubbing up on people the wrong way. The episode’s big comedic centrepiece revolves around someone’s wife tied up and blindfolded to the bed, while one of the SO FUNNY COMEDY BROS strolls in and basically makes her husband watch as she gives him a footjob (not realizing, of course, that the man in question isn’t her husband). It’s just straight-up sexual assault and I cannot fathom how anyone ever though it was funny. Fuck it, fuck it all.

It’s Always Sunny is far from a perfect show, but my God, with episodes like this, it comes close. A Birdman-esque one-take story, it’s centered around Charlie Day (ALWAYS  a good start) as he tries to prepare the gang’s bar for a health inspection. This is the show at it’s best- packed with creative visual gags, slow-burners, and another magnificently sociopathic performance from Glenn Howerton as Dennis, Charlie Work is always the episode I show to people to introduce them to this occasionally unbeatable show.

On the other hand…look, more than a decade in, it’s no surprise that the show is going to run short on ideas. Sometimes (as in the excellent The Gang Recycles Their Trash), they call it out to hilarious effects. Other times, as with this episode, they just fall back on regurgitating jokes that were only really funny for their shock value and fail dismally a second time round. There’s only so much meta-commentary I can take until it just becomes the show pointing at itself and expecting us to laugh.