Well, what a year it’s been over here at the Guignol. I finally finished my Fifty Shades of Grey recraps (thanks to the love and support of my family and friends, I think I’m finally putting that hellish ordeal behind me), I despaired over Doctor Who (or celebrated it, depending which set of reviews you were reading), I wrote about sexuality, gender, feminism, and John Barrowman’s lovely face. And, with less than twelve hours in the year remaining, I think I’ve just got time to squeeze in one more post- my best of 2015.

I published my worst list earlier this month, but I’ve spent a lot more time trying to figure out the best stuff I saw this year. It’s been a whirlwind if TV over the last twelve months, not all of it good (ahem Arrow), but there have been a few obvious standouts that require a little more attention.

Everyone in the industry seems to have agreed to just post Jefferey Tambor all the awards for this performance, and he deserves it.

A close tie between this and the brilliant/trashy/brilliantly trashy How to Get Away with Murder, I don’t think I’ve written much about Transparent before, but please, allow me to sit down in your living room and pontificate on it’s wondrousness. A flawlessly written, powerfully moving, and often unexpected show, it’s packed with amazing performances and fabulous direction that render every episode a masterpiece worthy of hours of dissection in and of itself. Revolving around a family trying to deal with the news that their former husband and father is transitioning, it’s packed with nuanced family drama and a sharp eye for comedy that stops it becoming too pious. An Amazon original, the second season aired earlier this month, and if you’ve been looking for a heart-breaking, life-affirming bit of TV to restore your faith in time for the New Year, I found it for you.

Netflix has had a run of great original comedies this year-from Unbreakable Kimmy Schmidt to Frankie & Grace to the more recent Master of None. And, while all of those are great in their own way, none came close to the superb Bojack Horseman. Starring comedy heavyweights like Will Arnett (Arrested Development), Alison Brie (Community), Amy Sedaris (Strangers with Candy), and, um, Aaron Paul, searching for his post-Breaking Bad home, it follows the story of ex-sitcom star Bojack Horseman (Arnett) as he searches for meaning in his life post-fame. I’m still not completely sure that a show which features so many anthropomorphic animals has any right to be as incisively hilarious or downright moving as it was, but take a look at the second season and tell me there isn’t anything to get choked up over there. Getting the balance of comedy and pathos right is a difficult task (and one of the reasons I enjoy the underrated Suburgatory so much), but Bojack Horseman nails it. Just watch those opening credits and TELL me you don’t want to see what comes next. 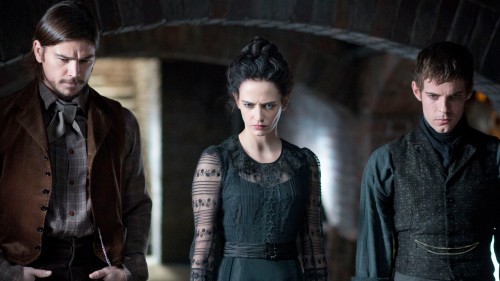 It’s pains me not to put Doctor Who here, it really does, but I can’t ignore just how ruddy excellent the last season of TV’s most gothic porno was. Packed with sizzling performances, campy horror, and some of the finest writing this side of Hannibal (RIP), it’s built one of the best worlds on TV over the course of just a couple of seasons, and that deserves some notice. I hate that I genuinely considered putting American Horror Story here instead, as my God have they pulled a turnaround on this season, but they’ll have to do quite a lot to make me forget spike-rape.

Discovery of the Year-Attack on Titan. NEXT. 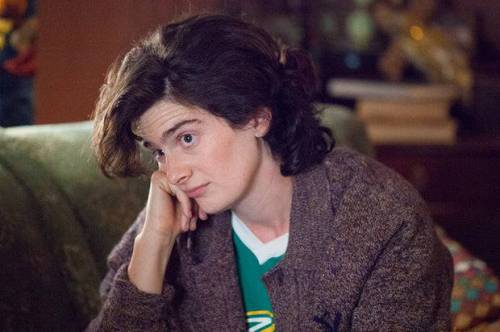 Look, I’m going to be going on about Transparent a LOT, so get used to it now. I think any single person from the cast could have taken this spot, but it’s Gaby Hoffman who always sticks at the back of my mind, as the thirty-something drifter looking for some kind of meaning in her life and thinking she’s found it in various snippets of family history, lesbian professors, and all-female gatherings. Hoffman, as well as having one of the downright coolest wardrobes on TV right now, can convey everything you need to know-and everything her character won’t admit to herself-in a single look, and that’s pretty amazing.

This scene in particular should have earned him a thousand Emmy nominations.

Fuck, I almost forgot that the third season of Vikings existed! I’ll admit that it was patchier than it’s predecessors, but Travis Fimmel shone in every episode. From the loss of one of his closest friends to his assault on Paris (the city, not the socialite), to his utterly compelling descent into corruption and paranoia, it boggles me that no-one has snapped him up for bigger roles yet. #GetFimmelWorkThatIsn’tWarcraft2k16

Fuck, even the PRESS PHOTOS are sumptously shot.

Farewell, sweet Hannibal- your name shall be spoken in hallowed whispers across generations of pretentious TV lovers, ne’er to be forgotten. And the thing that’s going to stand out most? That amazing cast- packed wall-to-wall with award-worthy performances, every scene is a chance for a bunch of great actors (Hugh Dancy, Mads Mikklesen, Gillian Anderson, Caroline Dhavernas) to get their teeth into an always-strong script and just emote at each other. While this season didn’t hold up quite so well for me, every single scene is a treat just in terms of the fabulous ensemble

I’d be lying to myself and to you if I put anything else here. It’s bloody brilliant; read my review if you don’t believe me.

Moment of the Year 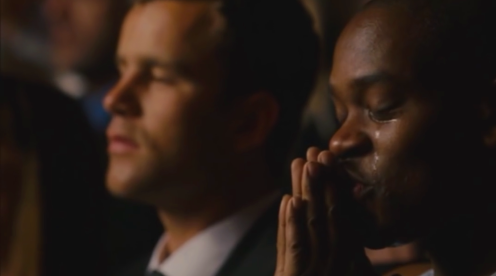 This one’s a toughie, what with astoundingly brilliant scenes, like Richard Armitage’s transformation into the Great Red Dragon in Hannibal, or indeed bit TV spectacles like the return to Gallifrey on Doctor Who, but nothing beat out Sense8 and the sheer perfection of the scene that closed out their sixth episode- all the characters recalling the moments they were born, scored by gorgeous orchestral music. In a show full of giant, sweeping emotion, this was the biggest they went, and it worked.

So, that’s my best of the year, and my last post  of the year too. I’ll be back soon, and I hope to see a bunch of you back again for 2016 for more shamelessly geeky shenanigans. Happy New Year!