Doctor Who: Terrific or Awful? Really, Doctor is Sensational

So, I’ve been browsing the forums (Gallifrey Base is basically my second home) and I’ve been seeing a lot of…mixed opinions about night’s episode, Heaven Sent. To say the least. Some people seem to think it’s a pointless wreck of an episode, one that basically could have been skipped out and replaced with taking us straight to Gallifrey (because, yeah, after more than two years we’re finally addressing that plot point), and some think it’s a staggering work of genius unparalleled in Capaldi’s run to date. And for once- for once– I’ve found myself on the side of defending a controversial episode. 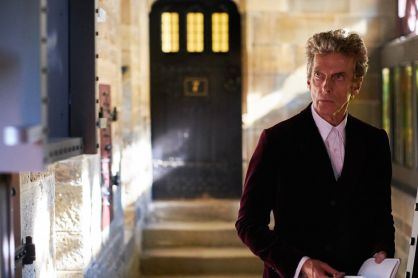 Look, I loved this. I loved this passionately and almost without restraint. A fifty-four minute special, directed by my hero Rachel Talalay and written by Steven Moffat, I know that this wasn’t perfect, but it was audacious and smart and featured a frankly staggering performance from Peter Capaldi whose endless talent (did you know that he’s got an Oscar?) was finally matched by the strength of the script. After a season that’s mostly ended up on the wrong side of patchy, Heaven Sent finally pulled up it’s bootstraps and produced something compelling, clever, and emotionally impactful. At least to me.

It’s nice, for a change, to have a lot to say about an episode that I actually liked, as the other episodes I’ve rated this season (Under the Lake, Sleep No More, and The Zygon Invasion, in that order) have been good in such a way that doesn’t require me to say much about them (even if my thousand-word reviews would suggest the contrary). They’ve just got a decent story, some good performances, and a finale that doesn’t feature a violently annoying plot twist instead of an actual resolution. But Heaven Sent had more than that.

The episode revolved around the Doctor, trapped in a time loop, as he’s dumped in the middle of a mysterious castle in the middle of the sea and forced to fight for his life (anyone else getting Fort Boyard vibes?) against a creature that moves slowly but simply never stops coming. It’s a cool, horror-centric premise to set an episode around, and one that was genuinely frightening at points: a couple of good jump-scares and a general air of doom marked this out as one of the few actually scary episodes of the last few years, and that’s something I can firmly get behind. The direction was gorgeous, too, and made the most of the circular premise of the plot, turning the long corridors and shifting rooms into an endlessly repetitive nightmare that sums up how I feel about a lot of Moffat’s run to date.

And yeah, I can give this one to Moffat, much as I still have my problems with a lot of his writing this season. It was a smart script that stopped just short of getting too hammy or cheesy, even if I could have done without him ripping off Sherlock with the mind palace nonsense. It also, somewhat tragically, featured Clara’s best performance this season, in which she basically stood with her back to the camera and wrote things on a board the whole time. It also gave Capaldi a chance to run the full gamut of emotions, from fear to exasperation to grief and back again, and man, did he deliver- it’s occasionally easy to forget that Capaldi really is a tremendous actor, and it’s a real treat to see him get the chance to thesp his velvet coat off. Seeing the Doctor suffer in a visceral, violent way is something we don’t see in every episode, and the images of him, bloodied and scarred, dragging himself up the stairs so he could sacrifice himself once again hung around uneasily in the back of my head for a while after the end credits. 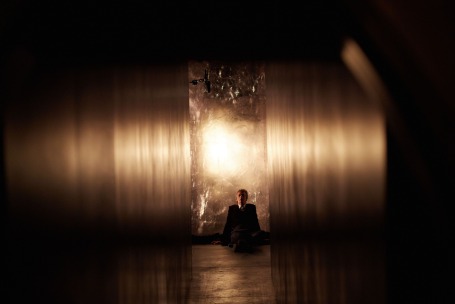 And yes, I accept that there are flaws in this episode. If he had his confession dial the whole time, did that mean he had a portal to Gallifrey that he didn’t bother to use? Why didn’t they just take him straight to Gallifrey as opposed to having him dick around in a castle for a whole episode? And seriously, have we just forgotten about the events of Listen completely? Are they ever going to be resolved? But the audaciousness and strength of this episode made it worthwhile, at least for me, and I’m glad to see Moffat trying something a little bit different. After the curiously low stakes of this season- Clara’s death last week, which felt particularly pointless, stands as the biggest example- things are finally going somewhere. The Doctor is back on Gallifrey, and, according to him, “The Hybrid is me” (I swear to God, me and the Consort spent about an hour talking about how this didn’t make any sense until I woke up in the middle of the night going “CHRIST, LADY ME, OF COURSE”). Things feel big and important, and I can get behind that.

You don’t need to remind me, if you’ve been following these reviews for any length of time, that I felt precisely this way about last season’s Dark Water, only to have my hopes shattered by the basically shite Death in Heaven, so I am fully expecting the series to balls up it’s finale. But for now, I’m happy- after a series of lazily contrived stories, Heaven Sent finally felt like it was going somewhere, and I can get behind that.

Don’t think I didn’t notice that thunderously out-of-place incidental music, though. I’ll have you yet, Moffat.