I’ve never been precious about Edgar Wright. I know a lot of people are, and with reason – for many, he was their introduction to the meta-deconstruction, putting together movies (Sean of the Dead, Hot Fuzz) and TV shows (Spaced) that lovingly and mercilessly picked apart pop culture at the seams. I didn’t grow up on him – my meta-analysis came from anime parodies and Charlie Brooker – and came to Edgar Wright and his movies late enough that I’ve never built up a particular soft spot for his work. I like it very much, but he’s not one of my movie makers. But for a lot of people, he is, and given how much I hated his new movie Baby Driver, I can’t even imagine how conned they felt. 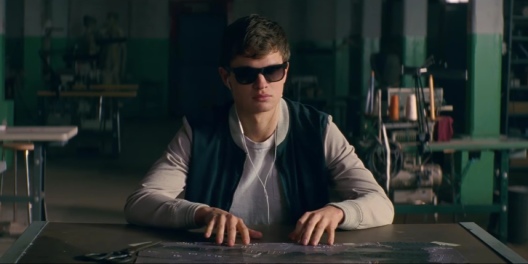 Baby Driver’s premise seemed custom-built for Edgar Wright’s style. Following Baby (Ansel Egort), a young man with tinnitus who also happens to be a reluctant but wildly competent getaway driver who uses music to drown out the ringing in his ears and keep him focused on the job, it looked to be a quirky, musically-driven take on the action genre that would give Wright plenty of room to play around with his trademark razor-sharp editing and skill at marrying sound and image. Not to mention that great cast: Jon Hamm, Kevin Spacey, Jamie Foxx, and Jon Bernthal fill out the roster, and, despite my skepticism at the awful Egort in a leading role, on paper it seemed like it could be a spectacularly fun summer blockbuster. 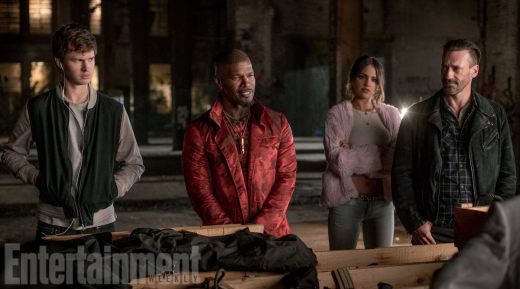 And yet. One of Wright’s most iconic sequences comes in the third act of Sean of the Dead, when the leading gang fight off zombies with pool cues to the strains of Queen’s Don’t Stop Me Now. The scene is on the nose, sure, but it’s perfectly choreographed, wryly knowing, and most importantly, damn exciting and totally memorable. So many great movie moments are inherently tied up in their music, but Wright, despite having shown is ability to do it in the past, just couldn’t find an amazing marriage of soundtrack and shot. There must have been a half-dozen car chase sequences, all scored with different songs, and none of them made an impression, none felt genuinely brilliant or striking. And hell, there’s a reason that most action movies keep the car chases to one or two per feature – as Baby Driver piled on the vehicle-based action scenes, the movie started to feel like a collection of shots of people dramatically pulling gearshifts.

And, as I mentioned above, I am no fan of Ansel Egort, but man. I don’t know what is is recently with leading men being crap, but Egort might have outdone the lot. To call it a performance would perhaps be an overstatement, as he swung between dramatically wooden and punishingly awkward; there was a sequence early into the film where he skipped down a street lip-syncing to a song, and I actually had to avert my eyes so as not to pass out from second-hand embarassment for him. His romance with Lily James was aggressively stilted – yes, that could have been to underline the thin, surface-level romance that the pop songs they shared depict, but that didn’t make it any more enjoyable to watch. Jon Hamm’s forehead vein did more acting than Ansel Egort over the course of those two hours.

And while I generally really like Jamie Foxx, Jon Hamm, Kevin Spacey et al, there were odd jumps in logic and characterisation that left them feeling thin and underformed. You’ll notice Jon Bernthal isn’t in that list, as he appears for all of a literal five-minute opening sequence, and the less said about the women in the movie the better – a overtly sexual fridged Latina, a dead mother, and a moony love interest who drops everything to run off with the leading man after one chaste smooch. It’s…not good. 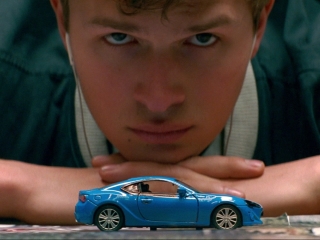 As I said above, I’m not precious about Edgar Wright, but I do appreciate the quirkiness of his work, the fact that you could generally dump me in front of one of his productions and I’d be able to tell you who made it within five minutes. Baby Driver was Wright with the edges sanded off. No hectic humour, no truly original action, no awesome musical moments – nothing about it stuck in my head and, aside from a couple of swift moments (none of which came in the much-touted car chases), even the action did little to impress. I’m honestly struggling to see what I didn’t see that so many of the adulating reviewers did. Because, at the end of the day, in terms of action, performance, story, and direction, Baby Driver just isn’t a very good film, and feels distantly removed from the colourful, original, and idiosyncratic that I know Edgar Wright can make.