The Best (And Worst) TV Villains

With the rain pounding down outside, the wind whipping against the windows, and the first set pictures of Matthew McConaughey as Randy Flagg from The Dark Tower released, it feels like a pretty good time to talk about TV villainy (mainly to distract me from the fact that The Stand adaptation isn’t coming any time soon AND didn’t take any of my recommendations on board, grumble, grumble). Who’s the best? Who failed miserably? And who’s so fucking scary I can’t look at the screen when they’re on it? To the article! 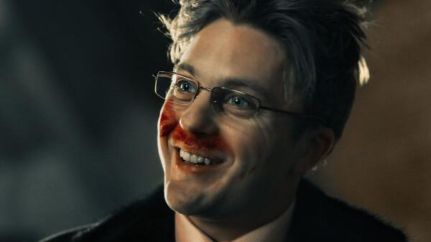 Yeah, it feels a bit wrong even to me to put Mason here over Hannibal, but in the interests of not going directly for the obvious choice, it’s worth considering Michael Pitt’s exquisitely unnerving performance as the sociopathic pig farmer Mason Verger. The show always did well with holding back on the truly brutal aspects of his personality, instead heavily implying and leaving all the worst stuff up to the audience’s imagination (which is certainly the right choice, given that it involved child abuse). But he’s a great antithesis to Mads Mikklesen’s restrained, refined Hannibal, with Pitt putting it a legitimately unsettling performance packed with misplaced energy and a distinct lack of manners that eventually lead to his downfall. We won’t talk of the face-eating scene here, but trust me when I say it haunts my nightmares to this day and likely always will.

Worst: The Governor, The Walking Dead

I know this is a controversial entry, but I have my reasons for finding The Walking Dead’s season three-four big bad utterly underwhelming. For one thing, I think the character is pretty tired and tropey- oh, a seemingly decent upstanding dude turns out to be hiding a dark past? Colour me fucking rocked to the core, especially because that past involves-of course- a dead daughter. And, while I love David Morissey, I just don’t think this was the role for him- he struggled selling either side of the Governor’s personality, coming across as creepily inauthentic when we were meant to believe he was good and a little pantomime villain-esque when he was going full evil. The two FULL EPISODES the show provided on backstory for this character stripped him of any remaining mysteriousness he might once have had, and put the final nail in the coffin for this noble failure of a villain. But hey, at least Negan looks better, right?

If you’re not sure about watching the pure excellent 1970s BBC historical drama I, Claudius, let John Hurt’s astonishing turn as Caligula push you over the edge (the episodes are all on Youtube hint hint). While the previous Emperors the show had spanned at this point had been military men, when Caligula comes to power, he’s all effete presence and aggressive eccentricity- which is fine, until he starts declaring himself a God and cutting foetuses out of live women in order to consume them (I tell you, Game of Thrones ain’t got nothing on the incestuous, gory, murder-filled free-for-all that is I, Claudius). Also, it’s John fucking Hurt, one of the greatest British actors to share a country with me, acting opposite Derek Jacobi- what the fuck are you waiting for?

Fuck, I have watched TWO SEASONS of this show and I don’t think that says anything good about me as a person. I famously FUCKING HATE Gotham, although I will admit that the villains are the only thing that kept me around as I trudged my way, wild-eyed and probably suffering some kind of campy-yet-sullen Stockholm Syndrome, through all ten thousand episodes (estimates may be innaccurate). But this guy? You’d think in a world populated by notably overblown villains like Gotham’s that a regular mob boss would fall pretty flat, but David Zayas is DETERMINED that you’ll remember him, playing the character so appallingly, unfittingly big that it’s hard to see the edges of the screen while he’s on it. The writing has been bored with him from the start, much like most of the audience has too, and he’s a notable standout of bad in the sea of almost unremitting shit that is Gotham.

I had lots of lofty ideas about writing on UnReal and it’s focus on the female anti-hero, but then I realised everyone had got there before me, so consider this my salute to the show’s excellent range of women characters. While Constance Zimmer’s Quinn might not quite be unendingly evil, she’s a producer for the certainly-not-The-Bachelor reality show called Everlasting where female contestants compete for one man’s love. The uber-bitch boss lady character isn’t new, but UnReal brings a new element to it by delving into Quinn’s past and investigating what it was that led to be so clinically devoid of empathy- and so damn good at her job producing counterfeit romance for an audience of millions. Zimmer’ll never get a better role than this, positioned as both the devil and the angel on the shoulder of the show’s star, Shiri Appleby, and the performance is graced with an unpredictability that always leaves me feeling uneasy about Quinn’s true motivations.