What a beautiful day it was yesterday; the sun was shining, birds were probably tweeting somewhere, and the cat had stopped yowling for five minutes so I could get some work done. So off I strolled- without a jacket, which is the first time I’ve risked stepping outside in this godforsaken country without out in about nine years- to see a movie, because it was that kind of day. And that movie was Captain America: Civil War.

I must admit, I was pretty intrigued by the premise of this film- after years of the Avengers leaving fatal and catastrophic collateral damage behind most of their escapades, the governments of the world want to hold them to account. Some of the team is for the idea, while others are against in, causing a schism that bubbles over into violence and genuine animosity. It’s a “who-watches-the-watchman” idea that spices up Marvel’s usual punches-quips-cameos structure, and it looked as if it could be at least a new take on what we’d seen previously. 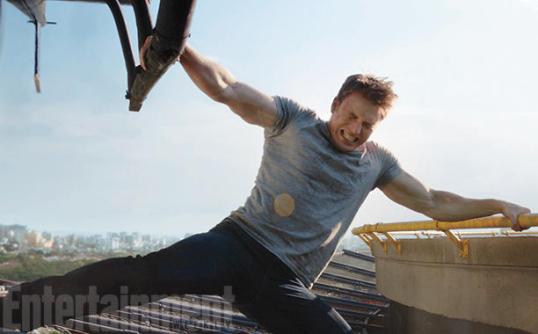 And I guess, in some ways, it was. All those elements were in the film, it’s just that they were lost under a staggeringly overfull two-and-a-half hours of movie. While Civil War was aeons better than the now-legendarily awful Batman vs Superman, it suffered from a lot of the same problems as it’s DC contemporary-mainly, that it was a lot of set-up for other movies, and didn’t feel like a movie with it’s own specific identity in the way the previous Captain America movies have.

For one, I think it’s a little disingenous to call this a “Captain America” movie, when it was far more a team-up film than anything else. While, yes, the film did take a left turn around the second act to involve Captain America and his ongoing Bucky plot, there was simply too much else going on for this to really be all about him. In fact, with a huge chunk of the emotional arc and the actual plot of the movie revolving around Tony Stark (including some flashback sequences featuring a distressingly convincing young Robert Downey Junior), I half-felt as if I’d been conned into seeing the new Iron Man movie instead.

And then, of course, there were a couple of other major characters introduced in this movie- Black Panther and Spiderman. Now, as someone with a passing acquaintance with comic books, I knew plenty about Spiderman (because he’s impossible to avoid as a pop cultural icon) and next to nothing about Black Panther, and I’m sure I wasn’t alone in this. The movie, however, decided to treat us to a ten-minute detour explaining Spiderman’s backstory, location, and powers, while Black Panther was brushed off with…two lines about what his suit was made from?

I understand that Marvel have a Black Panther movie to sell and don’t want to give away too much here, but they gave an uninitiated viewer like me next to nothing to work with, even though I very much enjoyed Chadwick Boseman’s performance in the role. It felt like a cop-out- a promise that I’ll get to find out more if I pay money to see his movie, which I pretty much consider cheating. They don’t have to give away everything, but slightly more than we  got-especially in comparison to the time spent meticulously introducing Spiderman- would have added something, and led to me spending less time going “so, has he got superpowers or is it the suit or…?” 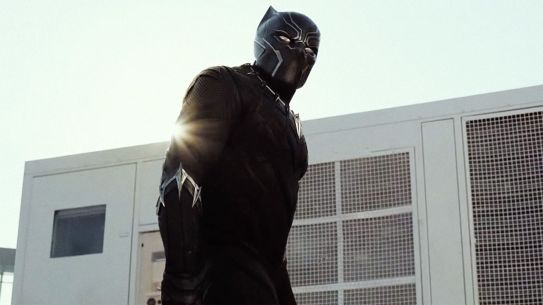 On top of the time taken out of the movie to bring in these new characters, the film also raked up pretty much every other superhero they’ve ever put to celluliod in the last ten years- Hawkeye (Jeremy Renner’s slimy presence on-screen did little to improve his already pish character), Ant-Man, War Machine, Falcon, Black Widow, Vision, Scarlet Witch, and many more I’m probably forgetting, for the big second-act clash. Which was all fine and good, but felt like it was taking place in another movie- not the Captain America movie I’d been promised. In fact, much of the film felt sliced down the middle, with one plot dealing with the tearing apart of the Avengers (the plot I was actually interested in), and the other cobbling together a bunch of shit about Hydra and supersoldiers and Bucky’s past that felt strongly first-drafty while trying to string the two together with mixed success.

That plot benefitted from a great villain in the form of Daniel Bruhl, who seems to be Hollywood’s stock ambiguously-European-antagonist guy for the time being, but even still, the film was forced to switch up the pace to whiplash levels by the third act just to get everything done by the time the credits rolled. Much of the time, it felt as if it just wasn’t time for another team-up Avengers movie yet, so they were just going to have to grit their teeth, roll up their sleeves, and get everything set up in this Captain America outing.

Add to this the fact that Sebastian Stan was actually required to act in this movie, and revealed quite unequivocally that he couldn’t, and the whole thing is only just holding together at the seams. In comparison to this year’s other big superhero outing, Civil War is pretty solid- but in some ways, Marvel were lucky to be following on from one of the biggest disasters the genre’s ever seen, because I’ve got a feeling we wouldn’t be quite so happy giving a pass to this bloated, confused mess otherwise.