For the Love of Anime

Look, I know I’m late to the anime game. My only knowledge of the genre came, for a long time, entirely from the hilarious and incisive parody series Yu-Gi-Oh Abridged which I’m in the midst of rewatching and killing myself over. Then I stole all of the Death Note manga from my brother (Sorry Dan) and found myself pretty entranced by the ridiculous high-concept sci-fi/fantasy battle between good and righteous evil. I sought out the anime, and it was those fantastically well-executed episodes that brought me to see what the anime genre had to offer. As someone who’s been obsessed with TV for so long, and Western TV specifically, it’s kind of refreshing to come to a genre where you have to idea what the tropes are or what you’re expectations will be. I’m sure many hardcore anime fans will dismiss my mainstream picks, and if they do, please go write your own damn list. No, seriously, do, because I want to read it and find more awesome anime to watch. So, without further ado, let’s talk about the three best anime I’ve seen so far, and why you should watch them whether or not you’re an anime fan already.

Phew, where to begin with this one? I’ve touched on the topic of this show before, in a post about madness of TV, and I think that still pretty much sums up why I find this show so interesting: it’s just an all-out exploration of mental health disasters, told through the lens of giant robots fighting aliens. Set in a post-apocolyptic Tokyo where mysterious beings known as “Angels” launched periodic attacks on the city, the story revolves around fourteen-year-old Shinji, who’s brought in to defence organisation NERV to pilot one of their prototype weapons, a giant robot known as an Eva. What starts out as a beautifully animated if slightly off-beat sci-fi epic soon descends into outrageously perceptive journeys through each character’s psyche and how it’s been impacted by the horror of the situation they’re facing. I love it particularly for the excellent female characters, but also for it’s utter insistence to make the audience shift in their seat at least four times an episode, with rapid-fire changes of tone and suddenly stark animation.

The story behind the show’s creation-which included a massive cut in budget that forced the animators to use mostly still frames and prototype sketches in the last few episodes-gives a lot to it’s distinctive animation design, but be warned: you will need a cup of tea and a lie down after the opening credits alone.

What happened at 0:55? Did someone fall on a button or something?

I’ve watched this anime three times through in the last two months, as well as foisting it on my friends and assorted family. This could have been created for me: an alternate-history sci-fi (Yes!) surrounding the last dregs of humanity walled off from the world in a giant enclosure meant to protect them from attacks by the man-eating Titans. While things have been quiet for a while, when the Titans launch another attack on the city, the population must fight back, and the story follows three teenagers as they train up to take on the Titans and regain some of the autonomy they lost. The visual style, of the medieval-style city matched with super-futuristic weaponry, is genuinely mind-blowing, and marks out the action sequences as some of the most exhilarating and breathless moments I’ve ever seen in any medium. It’s dense with plot, intrigue, and layered characters, and also the only character from a cartoon I’ve ever had a crush on:

Look, he has a really deep voice in the sub, so ignore the fact that he looks like a fourteen-year-old.

And you know how much I love genuinely scary villains? Well, the Titans are some of the most utterly creepy, unstoppably scary bad guys I’ve seen anywhere. Sometimes, you can keep your nuanced ghost stories and intricrate psychological thrillers- all I need to scare me is a giant, unstoppable creature with an inexplicable lust for human flesh. Look, here comes one now!

I can’t be the only one who gets the heebie-jeebies watching this, right?

Maybe I’ve not made it clear that I love sci-fi, but I LOVE sci-fi. My first introduction to it was a book of short stories by Philip K. Dick, and this anime is a love letter to his take on the genre- dark, gritty, thoughtful, and not afraid of being a little tongue-in-cheek. In a dystopian future, justice is not based on whether you’ve committed any crimes, but how high your propensity is to commit them. If you’re psychological state is deemed dangerous, you’re in trouble. Some of these people deemed psychologically unstable become Enforcers, recruited to police teams to help think like the unstable people they’re trying to catch. The story follows new recruit Inspector Akane, and her dealings with the suffocating system, as a mysterious villain starts influencing normal citizens to commit horrific acts of violence.

I can’t stress this enough: this guy is one of my favourite villains in recent history. So fiendish! So pretentious! So evil!

They say most good stories should be summed up a few words, but this one leisures in adding layers and layers to it’s universe. A neo-noir police procedural, it takes some cues from the superb Hannibal, with brooding Enforcer Kogami tussling mentally with arch-nemesis, the master criminal Nakashima. It’s one of those shows that delights in pushing boundaries, testing just how far they can go with their big themes- the price of safety, the meaning of justice, and the danger of an isolationist system- without letting their nuanced ensemble get lost in the mix. I love the sharp, slightly cynical sense of absurdity Psycho-Pass displays, because it reminds me of Terry Gilliam’s Brazil, with all it’s sugar-coated horribleness (if you haven’t seen that movie, by the way, stop reading this, and watch it now). It paints in broad strokes, but it manages to conjure up some impressive character arcs despite the fact that most of it’s brutalized women somehow end up with their boobs out (whoops). 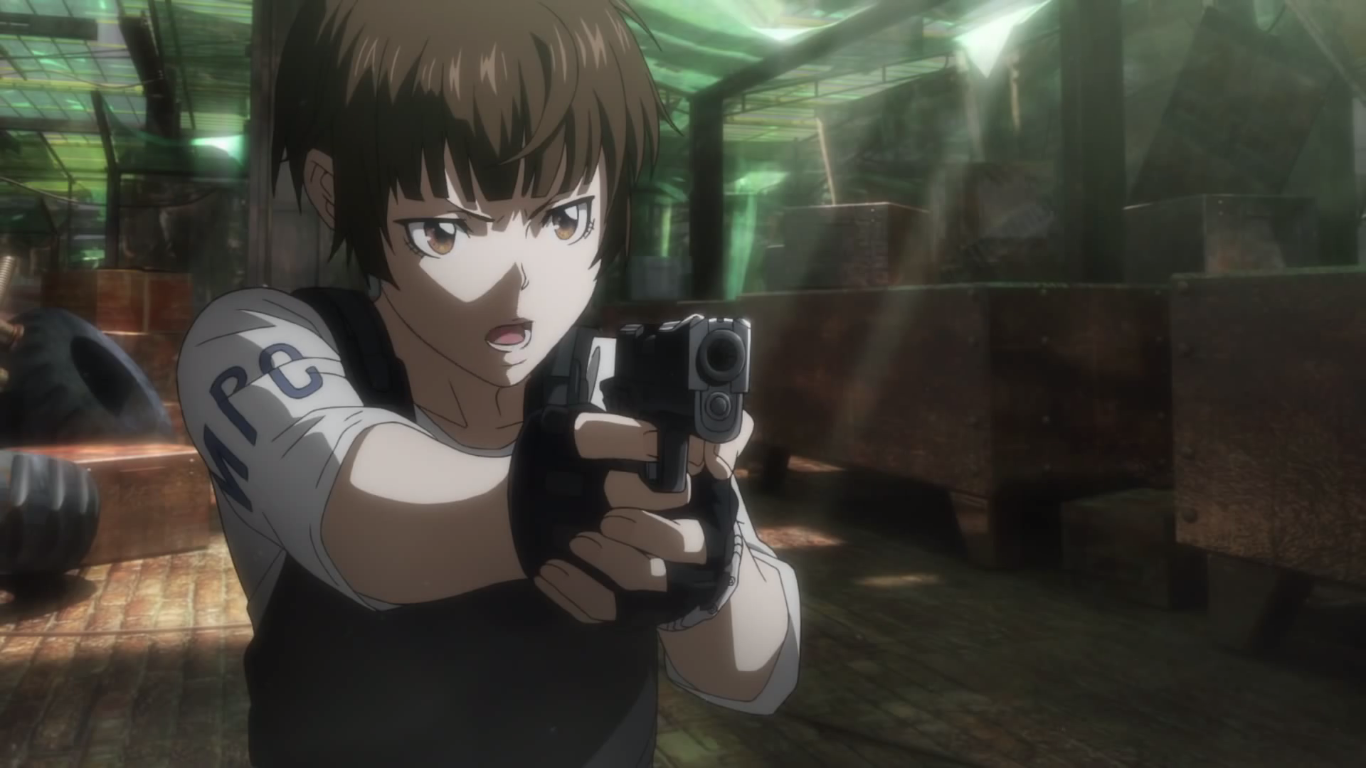 Inspector Akane and her arc are an example of how the best thought-out character arcs can reflect the central themes of a story. AND they didn’t even have to make her someone’s love interest to justify her existence on the show!

So, that’s my list- what’s your’s? What anime should I watch next?